[cnn-photo-caption image= http://i2.cdn.turner.com/cnn/2010/images/09/02/art.obama.0820r.gi.jpg caption =" President Obama will shift his focus back to the economy on Friday."]Washington (CNN) - After a week mostly focused on Iraq and Mideast diplomacy, it's back to the economy for President Barack Obama, who will deliver remarks Friday on the August unemployment numbers.

Then, Obama is scheduled to give two big speeches next week to try and frame his administration's response to the recession, less than two months ahead of a midterm election where Democratic majorities in the House and Senate are on the ropes.

Senior aides confirm the president recently asked his economic team to come up with various proposals he could roll out to show that amid high anxiety across the nation, he's still working hard to jump-start the economy, including more federal spending on infrastructure projects and tax cuts popular with the business community such as a permanent extension of the research and development tax credit.

Obama himself hinted at the options on the table on Monday in the Rose Garden, when he accused Republicans of blocking a separate $55 billion legislation package that would cut small business taxes. Senate Democrats hope to pass the package later this month and get it to the president's desk before the election.

[cnn-photo-caption image= http://i2.cdn.turner.com/cnn/2010/images/09/02/art.arpaio.jkusa.0902.cnn.jpg caption =" Arizona Sheriff Joe Arpaio spoke with CNN’s Chief National Correspondent John King on Thursday."]Washington (CNN) - A defiant Sheriff Joe Arpaio accused the Obama Justice Department of trying to "sandbag" him by filing suit against his office Thursday. On another issue rippling through Arizona politics, the lawman said he has never heard of a beheading in Arizona tied to illegal immigration.

The Justice Department said it had no choice but to file suit because it said Arpaio's office was refusing to surrender requested documents and grant its investigators access to Maricopa County Sheriff's Office personnel.

"Just recently our lawyers, in Washington, have met with them," Arpaio said in an interview with me for "John King, USA" to air Thursday at 7 p.m. ET. "They have thousands and thousands of our documents. And we thought we had this thing resolved but now they sandbag us and they sue me. Why are they doing that when we are cooperating? It took them a year-and-a-half and why now?

END_OF_DOCUMENT_TOKEN_TO_BE_REPLACED 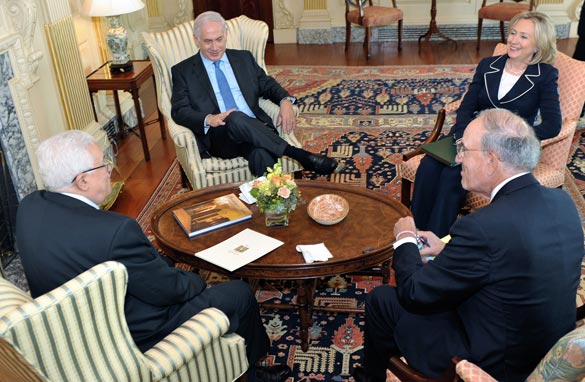 END_OF_DOCUMENT_TOKEN_TO_BE_REPLACED

The news conference will come at an action-packed time for the President, just days after he helped launch direct Middle East peace talks and gave a prime-time Oval Office address on the end of combat operations in Iraq, as well as falling less than two months before a critical midterm election where Democrats' majorities in the House and Senate are on the ropes largely because of the nation's economic uncertainty.

Obama's last news conference at the White House was on May 27 in the East Room, and was devoted largely to the Gulf oil spill that was consuming his presidency at the time.

END_OF_DOCUMENT_TOKEN_TO_BE_REPLACED

Obama and Biden headed back to Ohio

[cnn-photo-caption image= http://i2.cdn.turner.com/cnn/2010/images/09/02/art.obama.biden.podium.jpg caption="Obama and Biden will both visit Ohio next week."]
Washington (CNN) - President Obama and Vice President Biden are both returning to Ohio next week, the fourth White House visit to the politically crucial state in less than a month.

The White House said Thursday that President Obama will make remarks on the economy in Cleveland next Wednesday. Two days earlier, Vice President Biden will be in Toledo for Labor Day events.

Obama will bring the economic message to a state with an unemployment rate of 10.3 percent in July.

The trip will mark the president's 10th trip to Ohio since taking office. He joked during a June visit to Columbus that "(Gov. Ted) Strickland said I've been in Ohio so much he might start charging me for it."

But Strickland is a key reason Ohio is getting so much attention from the White House in the weeks ahead of the midterm election. The Democratic governor is in a close re-election battle with former Rep. John Kasich, the Republican nominee, and both Obama and Biden helped raise money for Strickland last month.

END_OF_DOCUMENT_TOKEN_TO_BE_REPLACED

[cnn-photo-caption image= http://i2.cdn.turner.com/cnn/2010/images/09/02/art.hillaryforpresident.ad.jpg caption="A new ad advocating for Hillary Clinton for president in 2012 began running in New Orleans Wednesday."]
(CNN) - We've still got two months left until the 2010 midterm elections, but we now have our first television commercial of the 2012 presidential campaign. And the ad advocates for a person who says she has no intention of running for the White House.

"She has more experience working in and with the White House than most living presidents. She is one of the most admired women in our nation's history. Let's make sure the president we should have elected in 2008 will be on the ballot in 2012. Hillary 2012: Hillary Clinton for President. Start now. Where there's a Hill there's a way," says an ad that began running on television in New Orleans Wednesday.

The commercial was paid for by a Chicago dentist named William DeJean.

When asked why he put the ad up, DeJean told CNN Thursday that "I'm a dentist and I don't think this country is headed in the right direction."

Regarding Clinton, DeJean says "I think she is the most qualified."

END_OF_DOCUMENT_TOKEN_TO_BE_REPLACED

Palin, the former Republican vice presidential nominee, has been active in the 2009-2010 election season, doling out 43 endorsements to conservative candidates in both state and federal elections. Of the 29 candidates who received a nod from Palin prior to their primary, 14 went on to win the nomination, 10 lost, and another five are still pounding the pavement with primary elections in the near future. Six endorsements were made after the candidates had already won their primary, and another seven went to candidates that did not compete in a primary.

Read the breakdown of Palin's endorsements, after the jump:
END_OF_DOCUMENT_TOKEN_TO_BE_REPLACED

(CNN) - A judge on Thursday denied a request for President Barack Obama to testify at a court martial for a U.S. Army flight surgeon who refused to deploy to Afghanistan until he saw proof that Obama was born in the United States.

The judge, Army Col. Denise Lind, said any evidence or witnesses related to Obama's citizenship is irrelevant to the charges against Lt. Col. Terrence Lakin, who has 17 years of service in the U.S. military.

After failing to deploy with his unit in April, Lakin was charged with missing a movement, disobeying a lawful order and dereliction of duty.

Related:The Oval Office gets a makeover

"I have not heard him give a review on the reviews," Gibbs said, when asked what the president thought about his new office at Thursday's press briefing.

A design team swooped in and in less than 10 days – while the president and First Family were away on Martha's Vineyard – transformed the president's office from a traditional and somewhat formal setting to a more modern family-style room.

END_OF_DOCUMENT_TOKEN_TO_BE_REPLACED

New skirmish in battle over beer and bacon

The Democrat challenging Republican Rep. Michele Bachmann in Minnesota's sixth congressional district is headed to the state fair Thursday. No surprise there: people from across the state make an annual trek to the state fair, which runs through Labor Day.

But State Senator Tarryl Clark's visit comes just days after the Bachmann campaign went up with a television commercial which targets her Democratic challenger for voting to raise taxes on corn dogs, deep fried bacon and beer, popular cuisine at just about any state fair in the Midwest. And both candidates are using a back-and-forth over the ad for their own campaign fundraising.

"It's state fair time and you don't want to hear about politics," says a character in the ad named Jim the Election Guy. "But while you're at the fair, you should know that Tarryl Clark here voted to raise taxes on your corn dog, and your deep fried bacon, and your beer. So if you see Tarryl Clark, while you're at the fair, just ask her: What's up with voting to tax my beer."