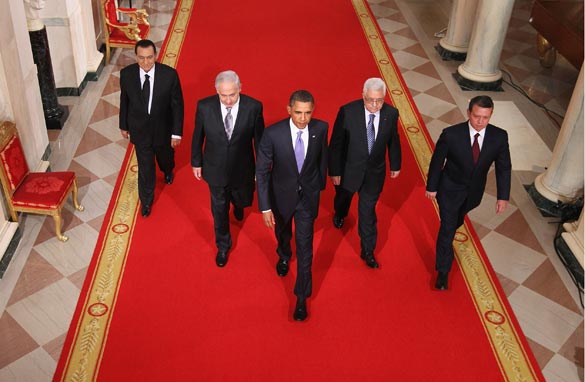 [cnn-photo-caption image= [cnn-photo-caption image= http://i2.cdn.turner.com/cnn/2010/images/09/02/art.brewer.cnn.jpg caption ="A frustrated Brewer wouldn't answer reporter's questions about her beheading statement."](CNN) – Arizona Gov. Jan Brewer sparred with her Democratic opponent in an at-times contentious debate Wednesday night, but it was what the Arizona Republican didn't say that is making waves the day after.

Brewer - who has become a prominent leader in the fight against illegal immigration with her steadfast support of Arizona's controversial immigration law - wouldn't address statements she made earlier this summer suggesting illegal immigrants are responsible for beheadings in the Arizona desert.

"What is hurting us right now economically are statements, false statements made by Jan Brewer, about how Arizona has become so violent, that we are a place of fear, and we have beheadings in the dessert," said Arizona Attorney Gen. Terry Goddard, the Democrat challenging Brewer, during the debate.

Quickly changing the subject, Brewer refused to address Goddard's injection of the beheading comment - a statement for which she has previously taken heat because it appeared proof was lacking that any beheadings ever occured. When reporters peppered her with more questions about the statement after the debate, Brewer immediately exited the room, saying, "Ok, thank you all."

END_OF_DOCUMENT_TOKEN_TO_BE_REPLACED

New prediction in battle for the House

[cnn-photo-caption image= http://i2.cdn.turner.com/cnn/2010/images/09/02/art.getty.capitol.dome.jpg caption="A new forecast predicts Republicans will pick up 47 House seats."]Washington (CNN) - It's the biggest guessing game in this town: Will the Republicans pick up enough House seats in November's midterm elections to win back control of the chamber?

A new forecast out Thursday says yes. University of Virginia political handicapper Larry Sabato estimates that Republicans will pick up 47 House seats in November, eight more than the 39 seats the GOP needs to reclaim the House.

"2010 was always going to be a Republican year," writes Sabato, "but conditions have deteriorated badly for Democrats over the summer. The economy appears rotten, with little chance of a substantial comeback by November 2nd."

END_OF_DOCUMENT_TOKEN_TO_BE_REPLACED

[cnn-photo-caption image= http://i2.cdn.turner.com/cnn/2010/images/08/12/art.barbour.jpg caption = "Mississippi Gov. Haley Barbour says he won't decide about a presidential run until after the midterm elections."]Washington (CNN) – Haley Barbour, the chairman of the Republican Governors Association and one of the most powerful Republicans said to be considering a run for president, is making the case that his southern accent and lobbying career might make him exactly the kind of candidate who can mount a successful campaign against President Obama.

In an interview with Peter Robinson of the Hoover Institution, the current governor of Mississippi says he won't decide whether to run until after the November midterm elections.

But when asked if his southern accent might be a hindrance to a candidate running a national race dependent on support from the northeast and coasts, Barbour cited the examples of former Presidents Jimmy Carter and Bill Clinton.

END_OF_DOCUMENT_TOKEN_TO_BE_REPLACED

[cnn-photo-caption image= [cnn-photo-caption image= http://i2.cdn.turner.com/cnn/2010/images/09/02/art.pawlenty1.gi.jpg caption =" Pawlenty visited the Iowa State Fair last month, one of several trips he has made out of state in recent months."](CNN) – Minnesota Gov. Tim Pawlenty defended his frequent out of state travel to key presidential nominating states and national GOP gatherings Wednesday, the same day a new poll showed a majority of Minnesota voters are unhappy with his frequent campaign jaunts.

"Well, I don't expect that people would like the fact that I'm trying to get around the country and influence the elections in 2010, but I think it's important work," Pawlenty told Fox News Wednesday.

Pawlenty has been a fixture at high profile Republican events across the country this cycle, and has made a string of appearances in early nominating states like Iowa, New Hampshire and South Carolina.

END_OF_DOCUMENT_TOKEN_TO_BE_REPLACED

Poll: I don't know whom I'm voting for!

A new poll indicates that more than three-quarters of New York State Democrats are undecided on which candidate they'll vote for in the primary for attorney general, with the contest just 12 days away.

According to a Quinnipiac University survey released Thursday, 77 percent said they didn't know who they'd vote for, with only nine percent saying they are backing one of the five candidates bidding for the Democratic nomination.

END_OF_DOCUMENT_TOKEN_TO_BE_REPLACED

CNN 100: Dems go on the offense in Washington 8th

[cnn-photo-caption image= http://i2.cdn.turner.com/cnn/2010/images/07/21/art.capitolbldg4.gi.jpg caption =" The CNN 100 takes a look at the top 100 House races, from now until Election Day."]
Editor's note: In the 100 days before Election Day, CNN has been profiling one race at random each day from among the nation's top 100 House races, which we've dubbed "The CNN 100." Read the full list here. Today's featured district is:

(CNN) - Although much of the discussion of the 2010 midterms has focused thus far on vulnerable House Democrats in competitive or GOP-leaning districts, there are a handful of districts represented by Republicans where national Democrats hope to play some offense. One such Republican incumbent whom Democrats are targeting this year is Rep. Dave Reichert of Washington State.

Now seeking his fourth term, Reichert is one of a handful of Republicans representing a district that Democrats John Kerry and Barack Obama carried in 2004 and 2008. He was first elected in 2004 after serving 32 years in the King County sheriff's office, the last seven as sheriff. He defeated Democratic nominee Dave Ross, a radio talk show host, 52 percent to 47 percent. As a freshman and sophomore member, he became a top Democratic target in 2006 and 2008, when he twice faced-off against former Microsoft executive Darcy Burner. Both contests were close, but Reichert prevailed in the end. He won 51 percent to 49 percent in 2006 and slightly improved his showing in 2008, winning 53 percent to 47 percent for Burner.

END_OF_DOCUMENT_TOKEN_TO_BE_REPLACED

He will be meeting on Thursday with Afghan President Hamid Karzai and Gen. David Petraeus, who leads U.S. and NATO-led forces in Afghanistan. The trip comes ahead of Afghan parliamentary elections later this month.

His trip comes a day after he visited Iraq, where he attended a change of command ceremony that marked the end of the U.S. combat mission there.

END_OF_DOCUMENT_TOKEN_TO_BE_REPLACED

CNN: Israeli-Palestinian conflict takes center stage in Washington
Ahead of direct talks between Israel and the Palestinians on Thursday, President Barack Obama said Wednesday night that he was "hopeful - cautiously hopeful" that the talks could achieve a two-state solution to the long running Mideast conflict.