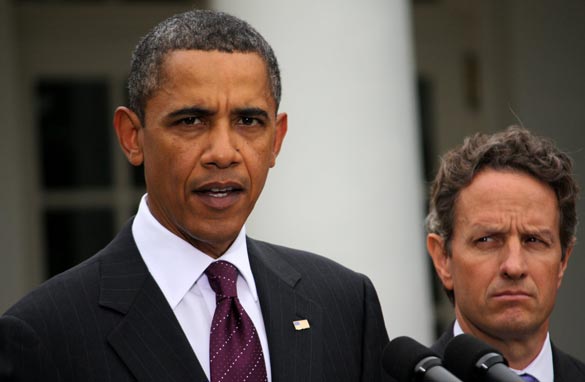 Washington (CNN) - President Barack Obama went on the offensive on the politically critical issue of job creation Friday, promising to lay out a broad package of ideas next week and slamming Senate Republicans for blocking passage of his administration's small business aid legislation.

Obama renewed his call for the languishing bill in the wake of Friday's release of new unemployment figures. The jobless rate, according to the Labor Department, rose from 9.5 to 9.6 percent in August.

The economy lost a total of 54,000 jobs last month. Most of the losses, however, came from the public sector, as the government cut 114,000 temporary census workers. Private businesses added 67,000 jobs to their payrolls.

"That's positive news," Obama declared at the White House, flanked by his top economic advisers. It "reflects steps we've already taken to break the back of this recession."