White House Dispatch: A man with a cause and a tractor 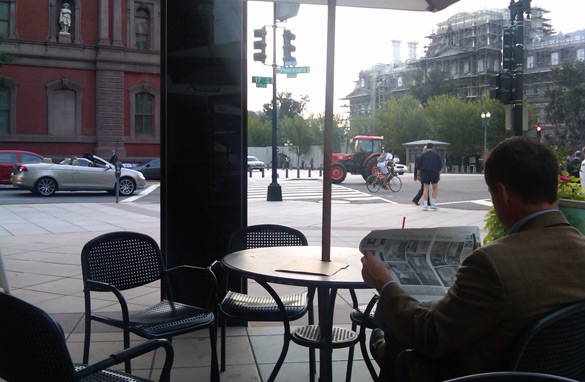 8:45 a.m. - During my coffee break this morning, I came across Virginia farmer John Boyd. He was rolling into town on his red tractor, rumbling past the White House on his way to Capitol Hill.

It's a dramatic way to get the attention of Congress which has yet to fund more than a billion dollars in a settlement case for black farmers who were discriminated against decades ago.

This is a story first highlighted in the mainstream media by my colleague Ed Henry, who continues to pursue the efforts of black farmers to get the money they insist they deserve. An effort, as they put it to "sow seeds of justice."

President Obama has been sympathetic to the cause of black farmers, but measured in his support. During his East Room press conference last week, Mr. Obama called the settlement "fair" and "just," and added, "We think it's important for Congress to fund that settlement. We're going to continue to make it a priority."

Boyd plans to use his tractor to keep the pressure on the Senate until they recess in October.

See related: Tractor is slow, but so is justice, black farmer says