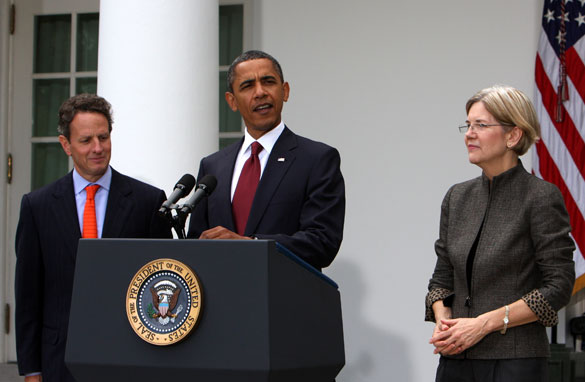 "Getting the agency off the ground is a task that can't wait," Obama said. Warren "is the best person to stand this agency up...it only make sense that she should be the architect," he added.

Warren, 61, said she "enthusiastically agreed" to serve as a special adviser in the Obama administration, in a blog post appearing on the White House Website."He has also asked me to take on the job to get the new CFPB (Consumer Financial Protection Bureau) started right now," Warren said. "The President and I are committed to the same vision on CFPB, and I am confident that I will have the tools I need to get the job done."