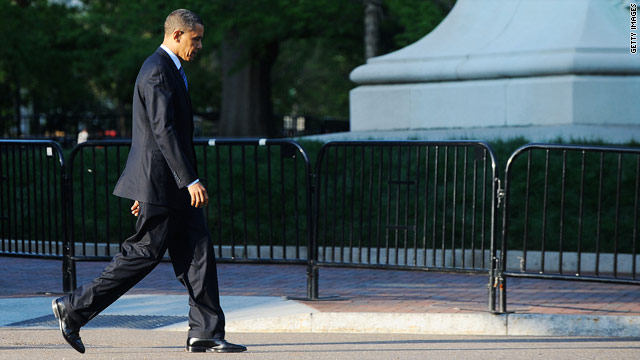 Obama to meet with CEOs in Blair House session

Washington (CNN) –In an effort to "drill down" on the best way to accelerate job creation, the White House says President Obama will meet with business leaders at the Blair House Wednesday as part of a strategy session.

"The biggest challenge we face moving forward is not competition between Democrats and Republicans, but in making sure we are preparing the next generation to compete globally," said White House Deputy Communications Director Jen Psaki.

"The working session is an opportunity for the President to continue building strong partnerships in the business community toward that goal," she said.

About 20 CEOs are expected to take part in the session, and a senior administration official said the president will meet with them from "morning into lunch."

Going into the session, the White House is touting progress it believes the administration has made with the business community and highlighting the South Korea trade deal, among other things.

The senior administration official said the Wednesday session will focus on export promotion, investments in clean energy technology, and tackling the federal deficit.

"Working together, we can give businesses important regulatory certainty and predictability, while providing protection for the American people," the official said.