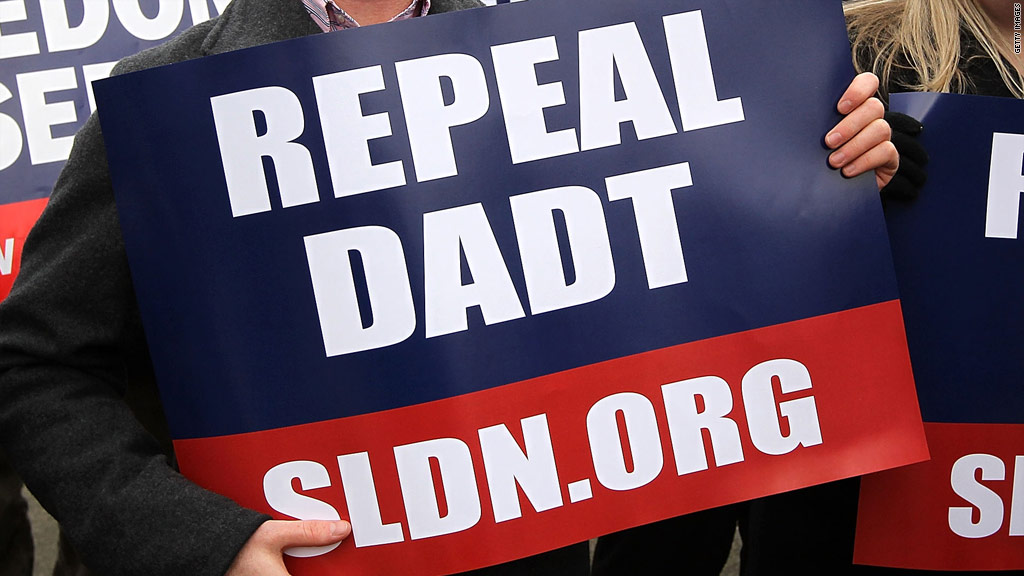 SAN FRANCISCO (CNN) - A lawsuit was filed Monday on behalf of three service members discharged from the U.S. military under the "don't ask, don't tell" policy, asking for their reinstatement, according to attorneys representing the three.

"This filing is a frontal shot as we prepare to pursue and sustain an aggressive, far-reaching litigation strategy if the Senate fails to act this month to repeal the law," Aubrey Sarvis, executive director of the Service members Legal Defense Network, said in a statement. "This dispute can be resolved by Congress or the courts."
FULL STORY