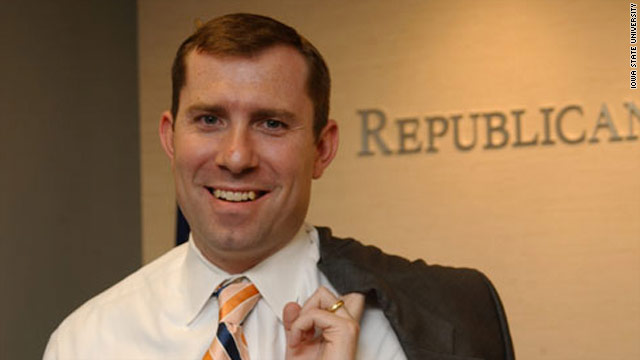 Collins, a veteran political operative, resigned his RNC post last month with a blistering letter to Steele which accused the controversial chairman of poor financial oversight that may have cost the GOP several House seats in the midterm elections.

The Iowa native had already made his intentions clear by filing paperwork to run for the chairmanship and participating in a candidate's forum in Washington earlier this month, but he will formalize his candidacy with a letter to the committee's 168 members Monday.

Steele is holding a conference call with RNC members on Monday night in which he is expected to announce whether he plans to seek a second term. Few on the committee believe that Steele will run again, but he has kept his cards close to his chest and few know for certain what he will say.

If he bows out, it will set off a scramble among his potential successors to win over the estimated 30 to 60 committee members who remain loyal to Steele. Insiders expect that Wisconsin GOP Chairman Reince Priebus, a former Steele ally who is now thought to be the frontrunner in the race, to pick up a chunk of that support.

"It hits the re-start button," one committee member said about the RNC race when asked about the impact of Steele declining to run.