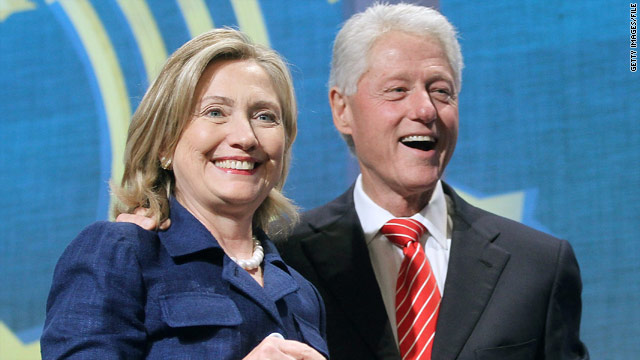 (CNN) - Hillary Clinton's 2008 presidential bid may have ended over two years ago, but one enduring aspect of her campaign remains: the debt.

In an effort to help pay down his wife's remaining campaign debt, former President Bill Clinton is once again lending a hand to bring in donations.

Specifically, he is offering campaign donors the chance to win a day in New York City with him.

"Hillary's campaign is so close to paying off the last of her debt, but she's not there yet." Clinton writes in an email to supporters. "Will you consider helping her in this last phase by making a contribution to her campaign? If you enter by Thursday, December 16, you and a friend will have the chance to fly to New York to spend a day with me."

A federal law known as the "Hatch Act" prohibits Secretary Clinton and other federal government employees from personally soliciting or accepting political contributions. The law does allow others to raise funds on Clinton's behalf, without her direct involvement.