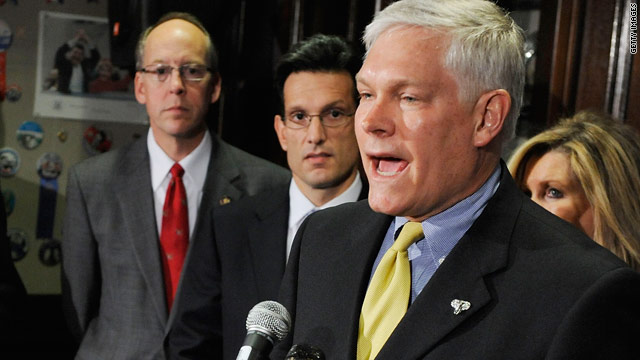 Most of gang at NRCC sticking around for 2012

Washington (CNN) - It appears the band is sticking around for another two years.

The National Republican Congressional Committee will keep many of the key players from its top staff as the GOP goes from playing offense to most likely playing defense in the upcoming 2012 election cycle, a GOP source confirms to CNN.

The Republicans made a net gain of 63 House seats in last month's midterm elections, the biggest pickup since 1948. The GOP will have a 242 to 193 majority in the chamber next year.

According to the source, Executive Director Guy Harrison will continue in his current role as the right hand man to Rep. Pete Sessions of Texas, the chairman of the NRCC. Sessions recently announced that he would stay for another two-year term.

The story was first reported by The Washington Post.