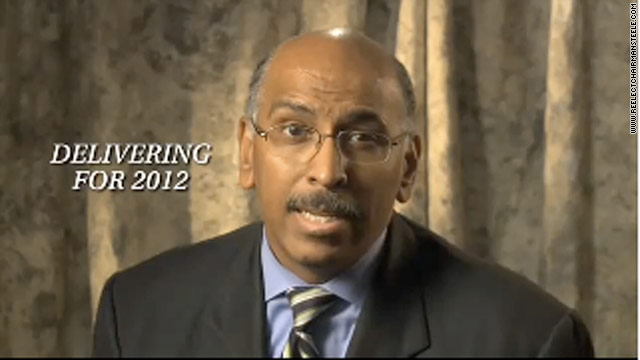 Washington (CNN) - Michael Steele is up with a new website for campaign to be re-elected chairman of the Republican National Committee.

The website - ReelectChairmanSteele.com - is accompanied by a video featuring Steele explaining how the RNC, under his watch, helped Republicans make huge gains at the ballot box in November.

"Campaigning personally in all 50 states, Michael Steele led the most successful voter turnout effort in history in 2010," Steele's biography boasts.

The website also features a photo gallery heavy on images from Steele's "Fire Pelosi!" bus tour, sure to give fuel to his critics who claimed the tour was little more than a photo-op designed to help his re-election effort.

Steele will face at least five declared challengers in the election, to be held in January.

UPDATE: Steele kept the political world guessing about his future until late Monday, but according to data available on Whois.net and GoDaddy.com, the domain ReelectChairmanSteele.com was registered on Dec. 8.