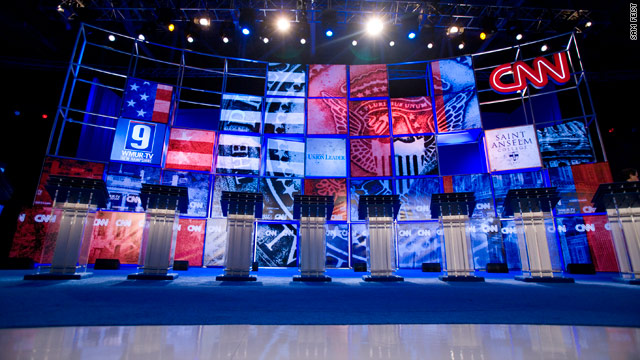 Washington (CNN) - CNN is joining with WMUR-TV and the New Hampshire Union Leader to produce the first 2012 Republican Presidential Primary debate in the "First in the Nation" primary state, the media organizations announced Tuesday. It is scheduled to take place on June 7, 2011.

"It is clear that New Hampshire will once again play a critical role with its first-in-the-nation Presidential Primary," said Joseph W. McQuaid, president and publisher of the Union Leader. "The Union Leader and UnionLeader.com are happy to team up with CNN and WMUR-TV to present voters with an early look at what promises to be an interesting field of Republican candidates."

WMUR, CNN and the Union Leader have a long history of working together to host presidential debates, most recently the historic back-to-back events that were held in June 2007.

"WMUR is proud of its long tradition of producing Presidential Primary Debates as a public service to inform our viewers," said Jeff Bartlett, president and general manager of WMUR. "We are excited to partner with CNN and the Union Leader to continue our tradition in 2011."

Sam Feist, CNN's vice president of Washington programming, said the network was "thrilled to again be working with the Union Leader and WMUR" to produce this event.

WMUR, CNN and the Union Leader said additional details regarding the debate will be released at a later date.