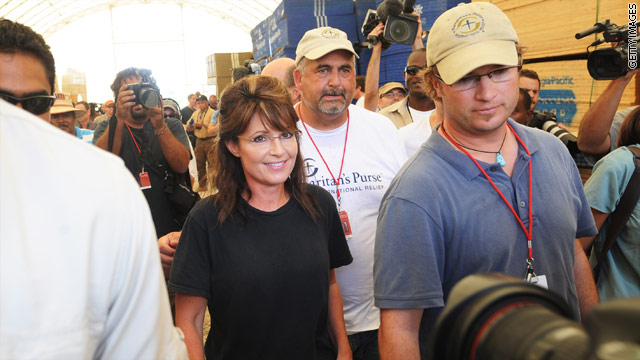 (CNN) - Former Alaska Gov. Sarah Palin voiced strong opposition to the tax cuts passed in both chambers of Congress and revealed her 2012 timeline.

"I think it's a lousy deal and we can do better for the American people," Palin said on ABC Friday.

The tax package the president will sign Friday concludes months of contentious politicking over a compromise between the White House and members of Congress, a deal Palin said is "still not good enough."

"You can term it compromise, I term it flip flop," Palin said. "I was thankful that he did but it's still not good enough."

The bill includes a two-year extension of the Bush-era tax cuts, a continuation of unemployment benefits for the long-term unemployed for 13 months, as well as a two percentage point cut in the payroll tax and the revival of the estate tax at a lower level.

When asked about her presidential intentions, Palin said "it's a prayerful consideration," but that she won't make the decision for "some months."

A NBC/Wall Street Journal poll released Wednesday indicated Palin trailing President Obama by 22 points in a hypothetical 2012 match-up, yet Palin remained defiant about her chances, citing the length of the primary season.

"A poll number like that... doesn't look really pretty today, but a primary is months and months in the process," Palin said. "If I were to participate in that contested primary, I would be in it to win it."

The Fox News commentator and 2008 GOP vice presidential nominee rarely takes questions from what she calls the "lamestream" media, but Friday's sit-down is the latest example that she's chipping away at her stance.

As a possible preview to a 2012 race, Palin revealed her biggest point of contention with Obama.

"My number one criticism of President Obama is he promised to and he's trying to fulfill his promise of fundamentally trying to transform America," Palin said. "We don't need a fundamental transformation, we need a renewal and a restoration of what is good about America."