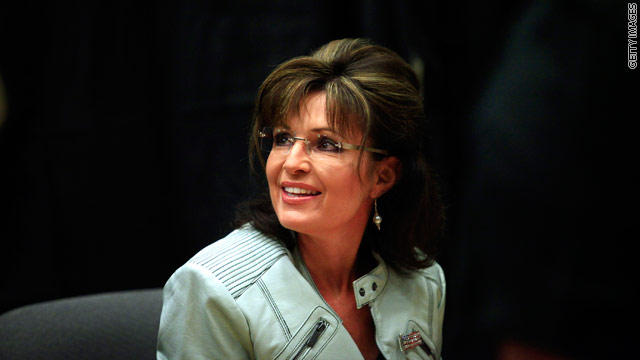 Washington (CNN) - The 2012 presidential election is still a long way away, and Sarah Palin hasn't even decided if she will make a run for the White House, but a second straight poll brings troubling results for the former Alaska governor if she does launch a bid.

An ABC News/Washington Post poll indicates that nearly six in ten Americans say they wouldn't even consider voting for Palin if she runs. Eight percent of the people questioned in the survey, which was released Friday, say they would definitely back Palin in 2012 if she runs and 31 percent say they would consider supporting her.

The poll also indicates that 27 percent of people voted for the John McCain-Palin ticket in the 2008 election, as well as nearly three in ten Republicans and four in ten conservatives, and four in ten evangelical white Protestants say they wouldn't consider Palin for president.

According to the poll, Obama leads Palin 54 to 39 percent in a hypothetical matchup if the 2012 presidential election were held today.

The ABC News/Washington Post survey comes a day and a half after the release of an NBC/Wall Street Journal poll that indicated Obama leads Palin by 22 points in a hypothetical general election showdown. Obama's advantage over Palin in the two new polls is larger than in other recent surveys.

The NBC/WSJ poll also indicated that Palin's negative rating has climbed to 50 percent, higher than anyone else measured in the poll.

The ABC/Washington Post poll was conducted Dec. 9-12, with 1,001 adults nationwide questioned by telephone. The survey's overall sampling error is plus or minus 3.5 percentage points.