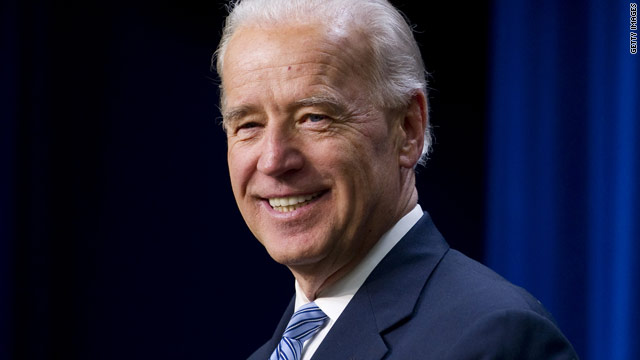 WASHINGTON (CNN) - Vice President Joe Biden revealed Sunday that tax cuts and the estate tax for those with higher incomes will be the administration's top priorities in 2012.

Biden played an essential role in negotiating the tax compromise recently passed through Congress that included a two-year extension of the Bush-era tax cuts for all income levels, a revival of the estate tax at a lower level, and the continuation of unemployment benefits for an additional 13 months. He said Democrats scaled back what they wanted to reach the compromise, but predicted that won't happen the next time around.

"The one target for us in two years is no longer extending the upper income tax credit for millionaires and billionaires," Biden said Sunday on NBC's "Meet the Press."

He said the administration will be able to facilitate a vote against extending the cuts in 2012 because, by then, the deficit commission findings will be digested, enabling them to make their case "much more clearly."

Still, he said he did the best he could to garner support for the tax plan proposed by Democrats, which included only extending tax cuts for those making $250,000 a year or less.

"We did go to the mat," Biden said. "I went into a total of 130 races out there, campaigning for Democrats. … We got to the end, we couldn't get it done, and we had to make a decision."

Biden also indicated that President Obama would not make a blanket decision on congressional spending measures that contain earmarks - provisions that direct approved funds to a specific project. Instead, he said the president would make a judgment call based on the legislation.

"Are we going to veto a bill that would jeopardize troop safety? Probably not," Biden said. "Conversely, if there's a bunch of earmarks in a bill that we think is funding for several agencies that we're willing to fight over and it can take a chance on losing on, yeah, we'll veto."

Earmarks were a sticking point in a spending bill that was recently abandoned in the Senate. Senate Majority Leader Harry Reid, D-Nevada, removed the bill from consideration after Republicans pulled their support for the pork-laden bill that included funding for military operations in Iraq and Afghanistan.