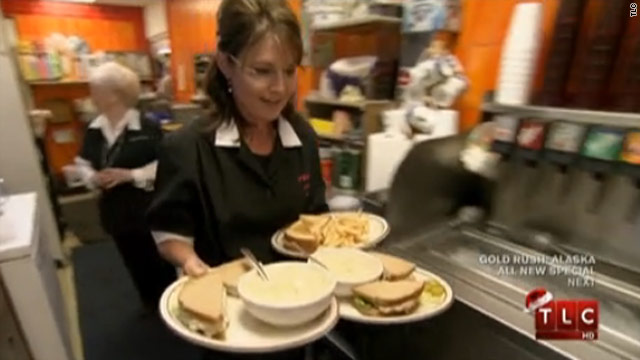 (CNN) – Sarah Palin is again taking aim at Michelle Obama over her anti-obesity campaign, taking the opportunity in Sunday's "Sarah Palin's Alaska" to land a diss against the first lady's efforts to improve nutrition.

While making s'mores at one point during Sunday's episode, the former Alaska governor proclaims the marshmallow and chocolate treat is "in honor of Michelle Obama, who said the other day we should not have dessert."

It's not the first time Palin has taken a jab at Mrs. Obama over her campaign to discourage fattening foods, especially from public schools. The former vice presidential nominee told conservative talk radio host Laura Ingraham last month that "the first lady cannot trust parents to make decisions for their own children, for their own families in what we should eat."

Palin's comments Sunday appear to be in reference to a speech Michelle Obama delivered in July, during which she described her own upbringing when it came to food and exercise.