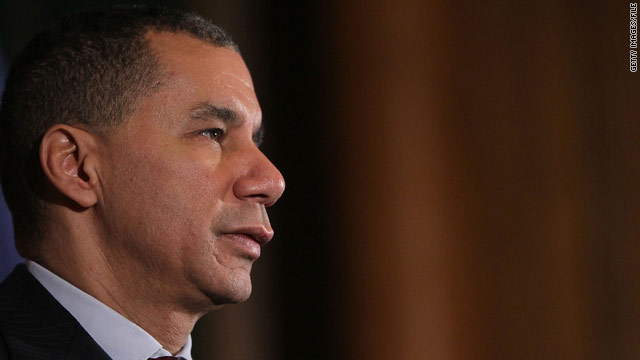 Paterson took the reigns after the resignation of Elliot Spitzer in 2008. Despite urgings from the White House and other Democrats, he launched a bid early this year to win the seat in his own right.

But the governor dropped out only a week later amid reports he intervened in a domestic abuse case involving his aide. That aide, David W. Johnson, was fired last month. Patterson has maintained his innocence in the case.

As for the future, the governor said the first order of business is finding a new job.

"I am worried about money, because I am not a billionaire, in case you hadn't heard," he said.