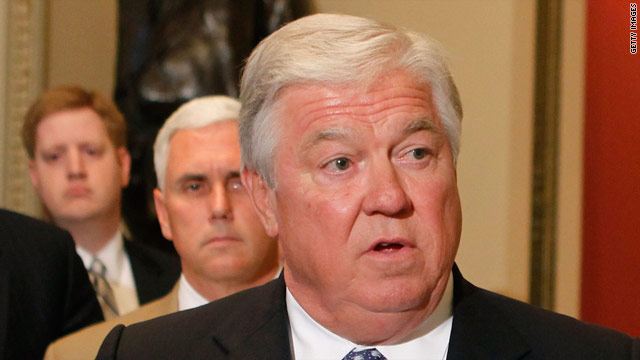 In a statement issued through his office, Barbour stressed that the civil rights era in Mississippi was "a difficult and painful era." He also withdrew accolades for a local branch of the all-white, pro-segregation Citizens Councils, which he had credited with preventing racial strife in his hometown of Yazoo City.

Liberal websites spent much of Monday hammering Barbour for what seemed to be a warm and fuzzy recollection the civil rights era in his hometown.

"I just don't remember it as being that bad," he told the magazine in a lengthy profile, claiming that he attended a peaceful, mixed-race speech by Martin Luther King, Jr. while in high school.

Barbour, who is actively considering a presidential bid in 2012, suggested that the Citizens Council in Yazoo City was not, in his memory, a racist organization.

"You heard of the Citizens Councils?," Barbour told the magazine. "Up north they think it was like the KKK. Where I come from it was an organization of town leaders. In Yazoo City they passed a resolution that said anybody who started a chapter of the Klan would get their ass run out of town. If you had a job, you'd lose it. If you had a store, they'd see nobody shopped there. We didn't have a problem with the Klan in Yazoo City."

Barbour's spokesman was interviewed by Talking Points Memo on Monday and insisted that Barbour is not racist, but the governor's office remained otherwise silent on the matter until sending out the statement Tuesday.

"When asked why my hometown in Mississippi did not suffer the same racial violence when I was a young man that accompanied other towns' integration efforts, I accurately said the community leadership wouldn't tolerate it and helped prevent violence there," Barbour said.

"My point was my town rejected the Ku Klux Klan, but nobody should construe that to mean I think the town leadership were saints, either. Their vehicle, called the 'Citizens Council,' is totally indefensible, as is segregation. It was a difficult and painful era for Mississippi, the rest of the country, and especially African Americans who were persecuted in that time."