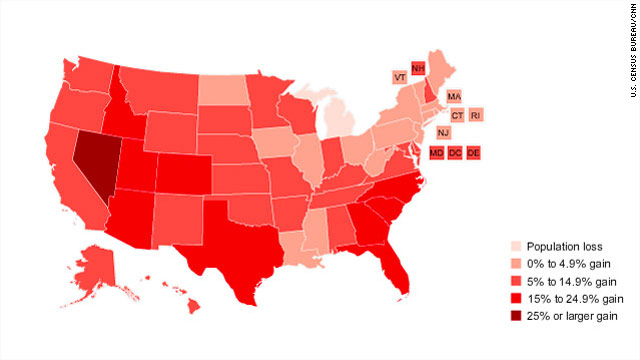 (CNN) - The U.S. Census Bureau numbers are out and the news is good for red states when it comes to adding new seats in the House of Representatives.

The U.S. Constitution mandates that a census be conducted every 10 years to reflect the population shifts in the country accurately. The new numbers spell out congressional reapportionment as the states divvy up the 435 seats in the House.

In a press conference Tuesday, the findings showed a growing population in western and southern states - areas where Republicans tend to do well in elections.