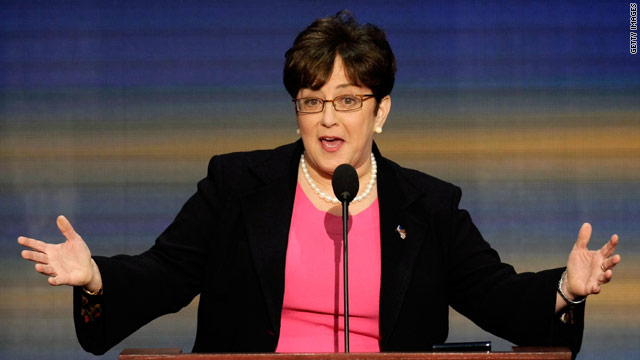 Washington (CNN) - Former Bush administration official Maria Cino is something of an underdog in the six-way race to elect a new Republican National Committee chairman.

But her key selling points to committee members - a long political resume and a record of managing big projects like the 2008 Republican National Convention - could help her gain traction among committee members searching for a competent alternative to Chairman Michael Steele.

With that pitch in mind, Cino on Tuesday began rolling out a series of "action plans" aimed at addressing "key RNC challenges" ahead of the 2012 presidential election.

The Washington Post reported last month that the RNC has already spent more than $600,000 preparing for the convention, an outrageous total, according to some longtime party observers. The Washington Times reported that Steele tapped his former assistant, Belinda Cook, as a "liason to the convention" with a monthly salary of $15,000.

The Post also reported that the RNC is paying for an apartment for Cook in Tampa.

Cino's plan calls for Cook to be "replaced immediately" and recommends an "Emergency Committee on Arrangements (COA) Budget Committee to conduct an audit" of convention funding.

Steele's convention efforts are threatening to hamstring the GOP's next presidential nominee, Cino wrote in her three-page plan.

"Decisions made on the fourth floor of the RNC by current and recent leadership have already seriously limited our next Presidential nominee's opportunity to maximize the largest media week our Party has during the 2012 election cycle to give voters our vision for America's future," she said.

Cino plans to roll out four more detailed plans before the RNC election in January.