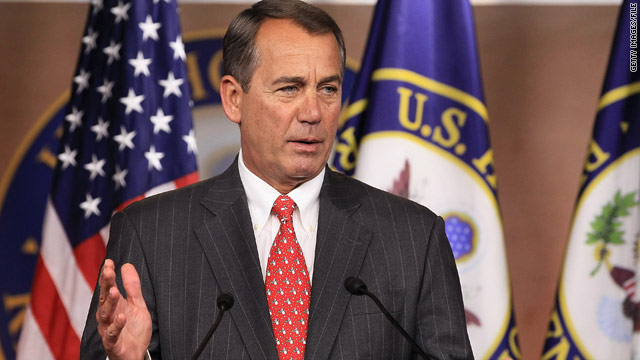 CNN Exclusive: Despite voting against its creation, Boehner will keep independent ethics panel

Washington (CNN)- Although he opposed its creation, incoming House Speaker John Boehner will keep an outside ethics watchdog– the Office of Congressional Ethics (OCE) - intact when the GOP takes control of the House of Representatives in January.

Some outside reform groups, concerned that a Republican-led House might do away with the office, have lobbied Boehner, R-Ohio, to retain it. The office, which can initiate its own investigations, was established in 2008 by the current House Speaker Nancy Pelosi, D-California. But most Republican leaders, including Boehner, voted against its creation. A board of eight private citizens-non-House Members-oversees the office; four board members are appointed by Democrats and four are appointed by Republicans.

A copy of the language included in the House Rules package that Republicans will unveil Wednesday– and obtained by CNN– shows virtually identical wording to the language that Democrats used in their rules for the current session of Congress.

GOP Transition chief Greg Walden, R-Oregon, told reporters last week that ethics was not an issue that Republicans focused on when mapping out changes to the House rules.

"As I've said from day one that wasn't on our list of activities and the only group that I'm aware of that's suggested doing away with the OCE is a proposal from the Congressional Black Caucus, so I do not anticipate any change," Walden said.

Last summer, several members of the Congressional Black Caucus, led by Ohio Democratic Rep. Marcia Fudge, proposed changes to the office to limit information it could release about its work and change the standards of proof it would need to pursue investigations.

The proposal followed the OCE's referral of a case against California Democrat Maxine Waters, a senior member of the Congressional Black Caucus, to the House ethics committee.

Waters has challenged the charges, calling them unfounded, and the ethics committee postponed a scheduled hearing on the case in September.

The office does not have subpoena power, but it can launch probes independently. After the OCE reviews matters, its members can vote to forward its findings to the House ethics committee, which conducts formal probes and ultimately decides whether a Member of Congress has violated any House rules. OCE publicly releases information on its investigations each quarter, which is one reason that Members of both parties have criticized it, arguing that releasing information on alleged violations before investigations are completed makes a member appear guilty before having any opportunity to respond.

Brendan Buck, spokesman for the GOP transition team, says the office will continue to operate without any changes in the 112th Congress.

"It will continue to operate and can make its own personnel decisions," Buck said.

A planned 5% across the board budget cut for House offices next year would apply to leadership, committee and Member offices, but would not affect the OCE.

The GOP transition team was tasked with making suggestions for changes to the House rules. They plan to post their rules, which will govern the chamber, online on Wednesday. Approving these rules is one of the first orders of business when the new Congress is sworn in on January 5th.