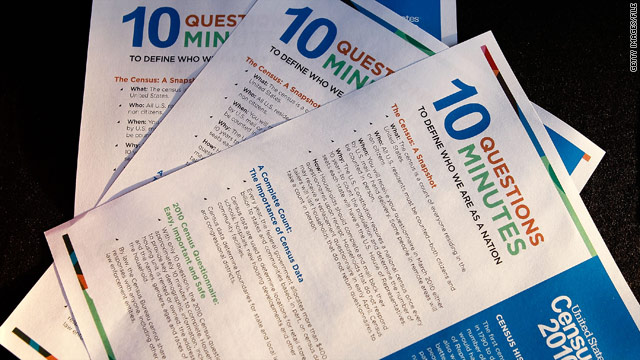 But could President Barack Obama – and perhaps U.S. Latinos – be at a loss?

There is no doubt about the political irony in the census numbers: Latino votes typically favor Democrats. But the more the country's population grows, largely due to an increase in the Latino population – the more Republicans appear to politically benefit in the short term.

It's worth looking at Texas to understand why.

According to the Census Bureau, the Lone Star state has gained four House seats. That means that Texas will have 38 electoral votes in play in the next presidential election. And Texas Republicans – who control the state's governorship and legislature – will have a huge say in how Texas' new electoral map is drawn.

An influx of new residents, particularly many Hispanics, fueled Texas' population growth – and hence, the extra House seats. And federal law mandates that Hispanics be fairly represented in any re-drawing of Texas' electoral map.

"Federal law requires that there not be discrimination against Latinos and other under-represented groups during the re-districting process," Rosalind Gold of the National Association of Latino Elected and Appointed Officials told CNN. "So what that means is, no matter who draws the lines, they have to ensure that Latinos have an opportunity to elect their represented leaders."

Experts do not expect for all of Texas' four new House seats to be "safe" Republican districts. But even still, the census numbers don't necessarily bode well for the nation's Latinos.

As a group, Hispanics tend to vote Democratic. In 2010, national exit polls show Latinos making up eight-percent of the electorate – with six out of 10 voting for Democrats. Exit polling for this year shows even more Latino voters in Texas – 17-percent of the electorate, with 61% of them voting Democrat in the state's governor's race between GOP Gov. Rick Perry, the winner, and Democratic opponent Bill White.

Meanwhile, President Obama enjoys a wealth of Latino support. In exit polls from the 2008 presidential race, Hispanics made up nine-percent of the national electorate and 67-percent of them voted for Obama.

But it's important to remember the political irony seen in the fresh census numbers – that more Latinos in traditionally red states will likely help Republicans in the next presidential election.

A spokesman for the Texas Republican Party was asked if the 2012 GOP presidential nominee will, automatically, have a leg up because Texas has four more electoral votes.

"As long as we keep doing our job here in Texas, winning elections, and winning them convincingly, then I would agree with that statement," Chris Elam told CNN.

"When the Republican-controlled legislature re-draws our district lines in 2011, we do expect that Texas Republicans will, once again, try to gerrymander the map to…maximize an unfair, partisan advantage," Spokeswoman Kirsten Gray of the Texas Democratic Party told CNN. Gray did say, however, Texas Democrats will fight for a "fair process."

It's debatable. There are several key issues that Hispanics support, but many Republicans do not.

For example, the DREAM Act would have offered legal standing to immigrants who entered the United States illegally as children under the age of 16 and have lived in the country for at least five years. Hispanic groups strongly urged its passage. But the measure recently failed to advance in the Senate, largely due to Republican objections that the bill amounted to "amnesty."

More broadly, many Latino groups urge passage of a fair, comprehensive immigration reform plan. But recent attempts at that were blasted by many Republican detractors who staunchly opposed granting illegal immigrants a pathway to U.S. citizenship.

Nathaniel Persily, Professor of Law and Political Science at Columbia University's Law School, talked to CNN – re-stating those disagreements between Republicans and the nation's Latinos. But Persily also cited areas of agreement between the GOP and Latinos – many of them Catholics - on defense and social issues, like abortion. Because of this, the professor stressed that, as a group, Hispanic voters are very much up for grabs to both political parties.

Persily added, "The short term effect of this is very bad for Democrats."

"The long term prospects are good for them [Democrats.] Because of the demographic shifts, the Democrats have a chance, within 20 years, to take over Texas. And once they takeover Texas, that's pretty much…the electoral ballgame. It's pretty much impossible to see how the Republicans cobble together an electoral college majority unless they have Texas."