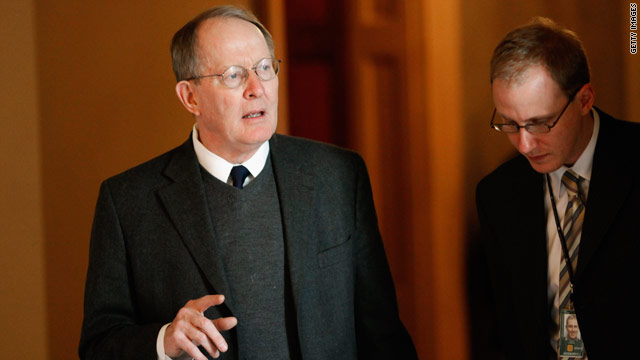 START likely to be approved

(CNN) - At least nine Senate Republicans plan to vote for the START treaty, giving it enough support for Senate approval, according to a CNN estimate.

Senators prepared to cast a key procedural vote Tuesday on the new arms control treaty with Russia as backers and opponents of the accord made their final arguments.

Proponents of the Strategic Arms Reduction Treaty, known as New START, received a potentially critical boost as a member of the Senate GOP leadership - Tennessee's Lamar Alexander - announced his intention to vote for the measure.

The treaty, if ratified, would resume inspections of each country's nuclear arsenal while limiting both the United States and Russia to 1,550 warheads and 700 launchers.

The treaty "leaves our country with enough nuclear warheads to blow any attacker to Kingdom Come," Alexander declared on the Senate floor. "I'm convinced that Americans are safer and more secure with the New START treaty than without it."