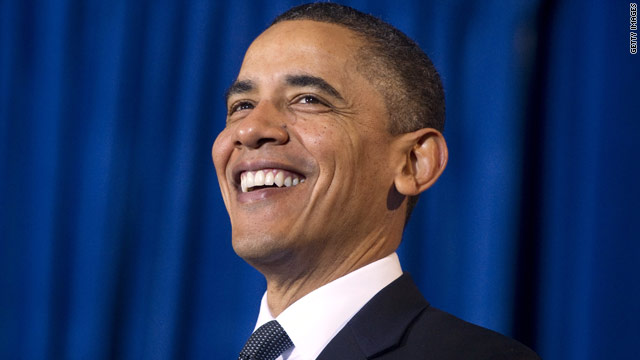 CNN Poll: 56 percent give Obama's lame duck a thumbs up

Washington (CNN) - When it comes to public opinion, who's the biggest winner of one of the most productive congressional lame duck sessions in years?

According to a new national poll, it looks like President Barack Obama is that winner, and his strategy of cooperating with congressional Republican leaders may be the key to his success.

A CNN/Opinion Research Corporation survey indicates that 56 percent of Americans say they approve of the way Obama's handled the issues that Congress has considered during the lame duck sesssion, with 41 percent saying they disapprove.

According to the poll, only 44 percent of the public approves of how congressional Republicans have handled the issues and that number drops to 42 percent for Republican leaders in Congress, with a majority of Americans saying they disapprove of how both congressional Democrats and Republicans are acting during the session.

The survey's Wednesday release comes just a few hours before the Senate is expected to give final approval to a nuclear weapons reduction treaty with Russia, which would be another legislative victory for the president, and just minutes after Obama signed into law a bill that repeals "Don't Ask, Don't Tell," the 1993 measure that prevented gays and lesbians from serving openly in the U.S. military.

The lame duck session of Congress also approved a compromise between Obama and GOP leaders that included a two year extension of the Bush-era tax cut levels for all Americans and a one year extension of jobless benefits for the long-term unemployed. Also accomplished this month was the passage of a food safety bill and a temporary budget extension that funds the federal government for another ten weeks.

"The lame duck session adds more evidence that if Obama is trying to copy former President Bill Clinton's "triangulation" strategy, it's working," says CNN Polling Director Keating Holland. "After the GOP took control of Congress in the 1994 midterms, Clinton successfully played the Democrats and Republicans in Congress off each other, helping Clinton look like a leader while burnishing his centrist credentials. Obama may try to replicate that approach."

The survey suggests that Obama is getting high marks for cooperating with the GOP. Six in ten say that the president has cooperated enough with the Republicans; in February a majority said that he had not done enough. But more than two-thirds of the public says that the GOP has not cooperated enough with Obama, and a growing number blame the GOP for the lack of cooperation in Washington.