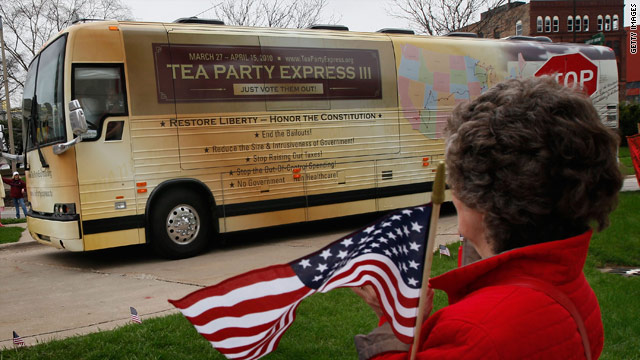 Washington (CNN) - A new national poll suggests a slight increase in unfavorable views of the Tea Party movement since October. And according to a CNN/Opinion Research Corporation survey released Wednesday, geography and politics appears to be behind the increase.

Most of that change appears to be coming from Democrats.

"Unfavorable views of the Tea Party went up seven points among Dems, from 61 percent in October to 68 percent now," says CNN Polling Director Keating Holland. "By contrast, the Tea Party's unfavorables among independents went from 33 per cent to 36 percent in that same time, and were virtually unchanged among Republicans."

Geography also may be playing a factor. According to the survey, before the election, 39 percent of Northeasterners had an unfavorable view of the Tea Party. Now that's up to 57 percent, a jump of 18 percent.

The Tea Party movement's unfavorable ratings are also up in the Midwest - from 33 percent in October to 46 percent now.

According to the poll, the South and West had little change, with the Tea Party's unfavorable ratings dropping a couple of points in both regions, but within the survey's sampling error.