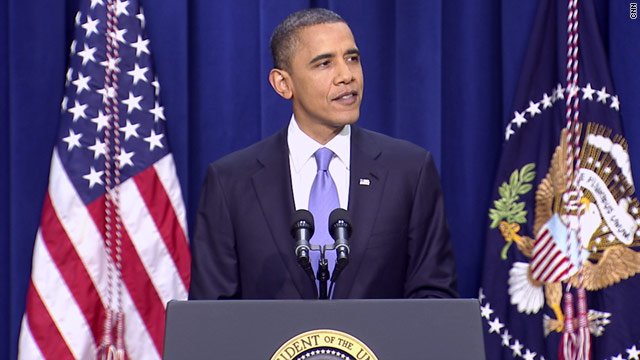 4:16
Obama says everybody is itching to get out of here and spend time with families
Says some of our colleagues are already in Hawaii – guess he means our correspondent Ed Henry
4:17
He calls it a "season of progress for the American people."
It's a reflection of the message sent this fall – says he will take it to heart - referrning to the November election results.
4:17
Starts with the START treaty– his pet project.
Promises we will be able to "trust but verify" that the Russians are doing their part

--
4:18
The President says he just got off the phone with Senator Dick Lugar – reminded him that his first trip as a senator was with Lugar to Russia. All comes back to today's vote!
4:19
Next up – tax cuts. We should all get about $1000 in our paycheck.
The economy should grow "faster than originally thought" next year.
4:20
Finally ending long standing unjustice – Dont Ask Dont Tell repeal - signed into law today.
4:20
Food safety laws all passed – still need 9/11 rescuer bill.
Says we just had "the most productive post election period in decades."
4:21
Disappointed about the DREAM act not getting passed – says we should stop punishing kids for the acts of their parents.

--
4:22
Lesson: We are not doomed to endless gridlock!
The president says he isn't naive about tough fights ahead but says we most hold to a "common purpose" in the year ahead
4:23
Message to military – "the American people stand united in our support and admiration for you."

Obama says the last few weeks was a victory for the American people, and wants everyone to know that it's possible to have disagreements but still pass legislation.

--
Question from ABC's Jake Tapper
What was conversation like with Marine Commandant Amos? Do you understand his position? Is it intellectually consistent to say gays and lesbian should fight and die yet can't marry?

Obama says he didn't want to reveal private conversations with service chiefs. Basically Amos has said that he disagrees but will follow his commander and chief.
Amos assured the president "regardless of his concerns, he was confident he could implement the policy"

Obama again talked about struggling with his personal feelings about gay and lesbian marriage. He said he knows many extraordinary humans who care deeply about this issue. He reiterates his feeling that "civil union" is enough – others disagree.

--
Question from CNN's Dan Lothian.
Wants to know about the car in the ditch- where is it today? What kind of highway will it be in 2011.

Obama chuckles and said man, you gave some thought to that question didn't you?

Obama thinks the car is on level ground, and we are past the crisis point in the economy. Would like to see a pivot on jobs and growth, and says that will be his MAIN focus over the next two years, so we start making a dent in unemployment.

Obama says steps taken in the auto industry prove how timely, limited, restricted intervention can really make a difference. But he also says the American people are driving the car, and they will be the ones who will decide if the policies put together work for them. Calls for accountability on all sides

--
4:33
Question from Mark Knoller from CBS Radio
Explain the anger and outrage over the tax cuts for the wealthy. Is that a divide you contributed to?
"The frustration people felt was frustration I shared."

Obama reaffirmed his earlier statements on the unreal expectation of the rich to continue to receive such cuts over a sustained amount of time
He said of those who receieved the cuts originally – they were rich then and will still be rich if these tax cuts went away!
Says medical care for vets is important – but it costs money. We say education is important – we have to invest in research to keep our competitive ege. All those things costs money.
But says "compromise means 'taking some things you don't like.'"
Said a middle class with a shot at the American dream should be our goal. Says we should celebrate a Steve Jobs! And we should expect him to be rich!!

--
Question from CNN's Juan Carlos Lopez
DREAM act has failed, so many promises re: immigration. What happens now with GOP controlling the house? And what about border security?

Obama says there is so many things still need to be done, and this is one of them. Still going to have to figure out how we work on energy, and that's something he wants to engage with with the GOP ASAP. But calls the Dream Act vote his BIGGEST DISAPPOINTMENT.

Calls it 'heartbreaking' to have kids in the US, classmates of our children, who live in fear of deportation, even though they didn't break any laws.

Obama says his 'hope and expectation' is to get immigration reform done because it's the 'right thing to do'
Says his administration has done more on border security than any other in recent years.

Says we are a "nation of laws" but can also be a "nation of immigrants."
Obama says he hopes people realize how persistent he is, if he believes in something strong enough, he is determined. And he vows to engage with Republicans on border security and talk about how the US can make it better.

--
Question from Mike Emanuel of Fox News.
Guatanamo - where are you these days on closing it?

"Obviously we haven't gotten it closed."
Obama says his #1 priority is to keep Americans safe. Believes we can keep Americans safe, be aggressive against al Queda, etc but we must remember that we are living up to our values as Americans. "That is what closing Guantanamo is about."
Obama says we can house them soemwhere else because Guantanmo has becme a "symbol" used by terrorists to create more anger at America.
One of the toughest problems is what to do with those we KNOW are dangerous but because of the manner in which they were captured and interrogated, it become difficult to try them in a court.
We must be consistent with our values and Constitution – "but it isn't an easy task."
Obama says we must stand for something beyond our economic and military might – and it is one of our most powerful weapons.

4:49
Happy holidays, Happy New Year....see you in 2011!
And the President was out the door and packing his bags for a Hawaii Christmas holiday.