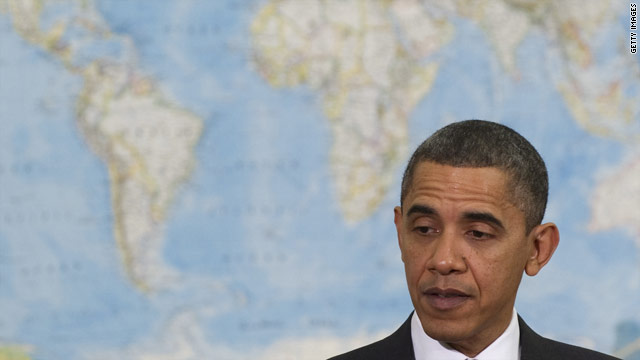 Washington (CNN) - The vast majority of Americans see the United States as exceptional, according to a new national poll. But a Gallup poll released Wednesday also indicates that nearly four in ten say they believe President Barack Obama doesn't hold this same view.

Eight out of ten people questioned in the survey say that based on the country's history and constitution, the U.S. has a unique character that makes it the greatest country in the world. The poll suggests there's no partisan divide on the question, with 73 percent of Democrats, 77 percent of independents and 91 percent of Republicans in agreement.

According to the poll, 58 percent say Obama believes that the U.S. is exceptional, with 37 percent saying they disagree. But the survey indicates Americans are less likely to believe Obama holds this view than they are to think the same about Ronald Reagan (86 percent), Bill Clinton (77 percent), and George W. Bush (74 percent).

Those comments have sparked debate, with some of the Republicans who may make a bid for the next GOP presidential nomination highlighting that U.S. is exceptional but that its status is currently being threatened.

"This could be an issue in the 2012 presidential campaign," says an analysis by Gallup, in the survey's release. "Given that Americans already believe that the U.S. is exceptional and that its status as the greatest nation in the world is at risk, Republican candidates' political challenge would be to convince voters that Obama's policies and actions on the world stage are to blame, and that he does not share their values on this issue."

The Gallup poll was conducted December 10-12, with 1,019 adults nationwide questioned by telephone. The survey's overall sampling error is plus or minus four percentage points.