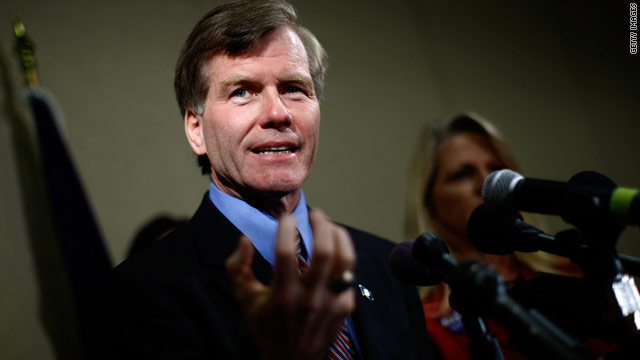 (CNN) - As Gov. Bob McDonnell finishes up his first year in office, a new poll indicates a majority of Virginia voters are giving their Republican governor a thumbs up on how he's doing his job.

According to a survey by the Institute for Policy and Opinion Research at Roanoke College, 57 percent of Virginians approve of how McDonnell's handling his duties as governor, with 26 percent saying they disapprove.

McDonnell was one of the GOP's major success stories of the 2009 election as he defeated Democratic nominee Creigh Deeds by double digits to capture the governor's office, which had been held by term limited Democratic Gov. Tim Kaine.

The Roanoke College poll was conducted November 29-December 8, and released Tuesday. The survey was conducted by telephone with 601 Virginia voters were questioned. The poll's overall sampling error is plus or minus four percentage points.