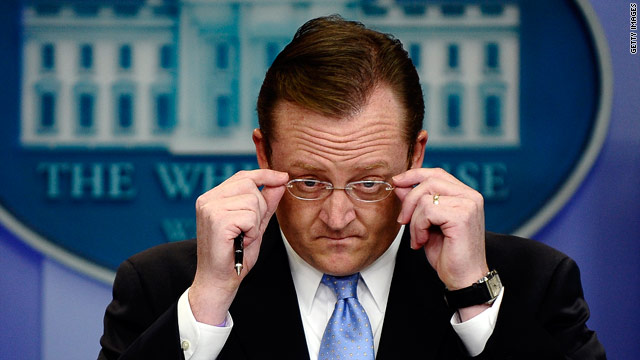 TAPPER: So just to put a period on this, the president thinks that funding the government, passing unemployment-insurance extensions "don't ask, don't tell" repeal, the DREAM Act, tax cuts and START all can be done?

GIBBS: Yes. Well, thank you. (Laughter.) Yeah, you'll have a lot to cover.

Well, it's been 22 days, but as the lame duck nears conclusion, lets bring you up to date.

A two year extension of the Bush-era tax cuts for all Americans and a one year extension of jobless benefits for the long-term unemployed, part of a deal between President Barack Obama and Republican leaders on Capitol Hill, was overwhelming passed by Congress and signed into law by Obama.

Lawmakers also passed the repeal of "don't ask, don't tell," the 1993 measure that prevented gays and lesbians from openly serving in the U.S. military. The president signs the bill into law Wednesday morning.

The Senate is expected later Wednesday to approve the START treaty with Russia. The Strategic Arms Reduction Treaty, known as New START, resumes inspections of each country's nuclear arsenals while limiting each nation to 1,550 warheads and 700 launchers.

A budget pushed by Senate Democrats that included billions in earmarks was scuttled, but Congress did approve a temporary budget that funds the federal government for another ten weeks.

The DREAM Act passed the House but failed to advance in the Senate. The measure would have offered legal standing to immigrants who entered the United States illegally as children under the age of 16 and have lived in the country for at least five years.