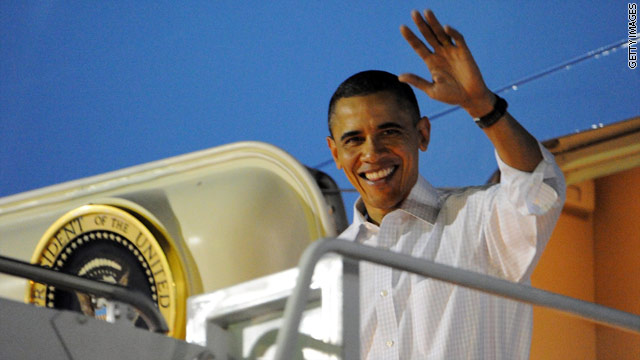 HONOLULU (CNN) - After delaying the start of his Hawaiian vacation because of the lame duck session of Congress, President Obama has decided to extend his trip by a day and will now head back to Washington on January 2, according to sources familiar with the schedule.

Obama was originally planning to leave Hawaii on New Year's Day. Because the start of his vacation was delayed by several days, he has decided to tack an extra day to the tail end of the trip.

Click to watch video
The primary reason for the change was the president's desire to spend more time with first lady Michelle Obama and their two daughters, the sources say.

The family was scheduled to fly west last Saturday, but the president stayed in Washington while everyone else stuck to the original plans.

Staying behind in Washington was very fruitful for Obama. He was able to score major victories on New START, repeal of the "don't ask, don't tell" policy, and approval of a food safety reform bill and legislation providing health care to 9/11 responders, among other major priorities.