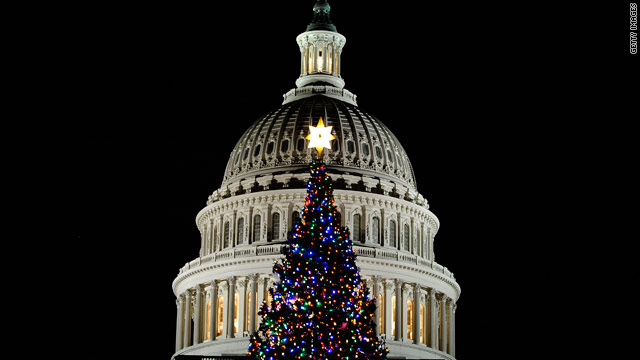 Washington (CNN) - Economic worries are causing holiday stress for a sizeable number of Americans and the financial strain that most are feeling could lead to a drop in charitable donations this year.

According to a new CNN/Opinion Research poll, more than half of the nation says that the economy hasn't made this holiday season more stressful than previous years, but 44 percent say that they are feeling more stress. Nearly six in ten say that economic conditions may force them to cut back on the amount they give to charities.

"The number who admit that economic conditions will make the holidays more stressful has grown a bit since last December," says CNN Polling Director Keating Holland. "That comes as no surprise at a time when more than three-quarters worry a lot about the state of the economy."

As the public feels the pinch this holiday season, so do charities who receive the bulk of their donations. Only a little over one-third of those survey say they will definitely give as much to charities as they did last year, according to the poll; six in ten say that economic conditions may force them to cut back.

The spirit of the season may not be broken, but the economy is casting its long shadow over the nation. More than half of the public worry about keeping up with their bills and over half also say they worry a lot about losing their jobs because of economic conditions. A whopping seven out of 10 say things are going badly in the country; three quarters say they worry a lot about the state of the economy.

The CNN/Opinion Research poll was conducted from December 17-19 among 1,008 adults. It has a sampling error of plus-or-minus three percentage points.