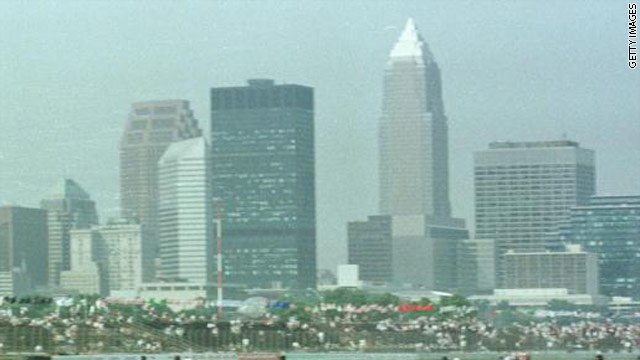 Washington (CNN) - Democratic voters are weighing in on where they want their party's 2012 national nominating convention to be held, and according to a new poll, there's no runaway favorite among the four finalists.

The Republican National Committee earlier this year chose Tampa, Florida as the site of their next convention. The Democratic National Committee is likely to announce their city early next year. The four finalists are (in alphabetical order) Charlotte, North Carolina, Cleveland, Ohio, Minneapolis, Minnesota and St. Louis, Missouri.

While the White House and top Democratic Party officials will have the final say, CNN decided to ask rank-and-file Democrats their opinion. So straight to the results of a CNN/Opinion Research Corporation poll released Tuesday:

Last time around, the Democrats announced in January, 2007 that Denver would be the site of their 2008 convention.

The CNN/Opinion Research Corporation poll was conducted December 17-19, with 1,008 adult Americans, including 470 Democrats and independent voters who lean Democratic, questioned by telephone. The survey's overall sampling error is plus or minus three percentage points, with a sampling error of 4.5 percentage points for questions only of Democrats and independents that lean Democratic.