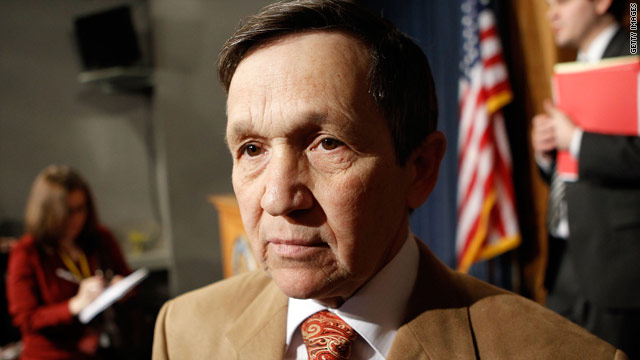 In an e-mail to supporters Wednesday, the seven-term Democratic congressman and two-time presidential candidate says the Republican-controlled Ohio legislature is likely to eliminate his heavily Democratic Cleveland-area district.

But Kucinich says he’s not just going to stand by while that happens.

He’s also calling on supporters for ideas on how to proceed: