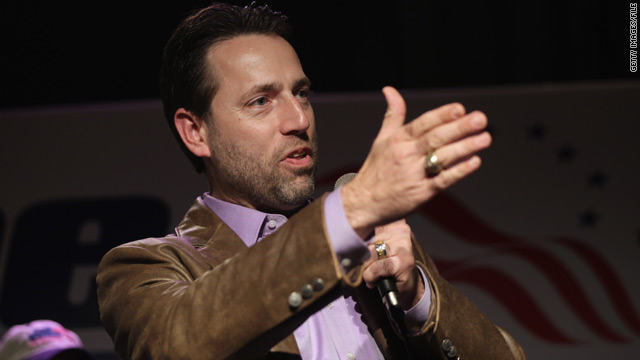 Joe Miller to CNN: "I'm not going to talk about sour grapes"

Posted by
CNN’s Abby Livingston and Joe Von Kanel
Click to watch video
(CNN)–Joe Miller is giving up, but he isn’t standing down.

He also needs Senator Lisa Murkowski’s phone number. Miller won Alaska’s Republican U.S. Senate primary, lost the general election to a write-in campaign waged by incumbent Republican Senator Lisa Murkowski, then unsuccessfully challenged the results in court. Today in Anchorage, he told supporters the time has come, " to accept the practical realities of our current legal circumstances. We shall abide by the court's decisions even if we do not agree with them."

He also sounded a defiant note, adding: “I know for a fact that standing down is not an option, and I will continue to sound the alarm about our state and the nation.”

Eleven minutes after his news conference, Senator Murkowski’s campaign issued the following statement, “I was glad to learn that Joe Miller has bowed to the rulings of the Alaska courts and decided to abandon his challenges. Although certification was a long time coming, it does not diminish the historic accomplishment of our campaign. All Alaskans, regardless of how they voted, can be assured that I will continue to work in Alaska’s interest for the next six years."

In his first interview after his public concession, Miller appeared on “John King, USA,” where CNN’s Ed Henry asked him if he had called Murkowski to personally concede. Miller said, “I have not called her. In fact, I don't have her number.” When asked if he had sought out her phone number through the Alaska GOP, he answered, "Well, I think we already have conceded. We've asked for it before. I don't have it."

After the brutal campaign, Miller also addressed any unresolved issues with the Murkowski camp, “Well, I'm not going to talk about sour grapes. There are a lot of things during the campaign that obviously I think should have been done differently, but frankly, what this is about is two completely different ideologies.”

He added, “We have no ill will toward Senator Murkowski. We have absolutely nothing to dispute as far as the finality of this race right now, but we have significant differences of opinion about where this nation needs to head.”

Miller was also asked if there was anything to be read into his highest profile backer, former Alaska Governor Sarah Palin, taking a lower profile in the campaign while the courts sorted out a resolution. Miller said, “Not at all. In fact, the argument that was had during the … post-race, is a legal argument. It's not one where campaigning is appropriate. It's not one where somebody gets out and starts making stump speeches for a candidate. Certainly, SARAHPAC donated to our recount fund. We're very gracious to have received that. A number of other groups, a number of other people also donated. Senator DeMint was key to assisting in that effort as well, and they certainly continue to stand behind us.”