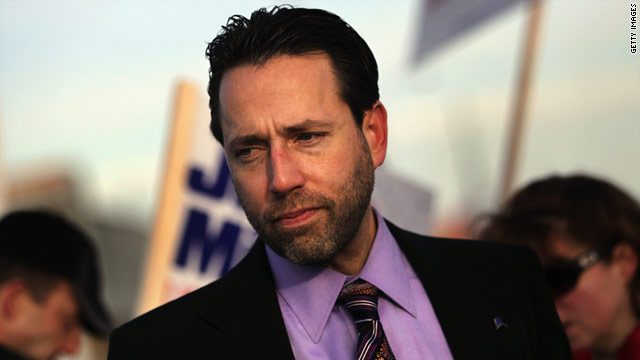 (CNN)– Joe Miller chose the waning hours of 2010 to write the final chapter in the story of his lengthy 2010 Senate campaign, announcing that he would not continue with a legal challenge to Sen. Lisa Murkowski's November election victory.

"The time has come to accept the practical realities of our current legal circumstances. We shall abide by the court's decisions, even if we do not agree with them," Miller told supporters and reporters at an Anchorage news conference Friday.

In an interview on CNN's "John King USA" Miller explained why he had taken his fight this far. "Ultimately, what this was about was creating transparency in the Alaskan election system...making sure that the votes were counted appropriately, that ballot security was maintained, things that I think all Alaskans really now appreciate."

Miller had lost several court battles in the state of Alaska. He challenged incumbent Republican Senator Lisa Murkowski's write-in victory based on an Alaska statue that requires write-in votes to match the name of the candidate. However, the Division of Elections set guidelines before counting began that allowed for a voter's intent to be considered when determining whether to count a ballot for a write-in candidate.

The original Superior Court decision ruled that Miller did not provide proof of election official fraud, or that "there would be sufficient change to the election results if these claims were true."

The Superior Court ruling was stayed to allow for an appeal, which the Alaska Supreme Court heard and dismissed twelve days later. The court stated, "There are no remaining issues raised by Miller that prevent this election from being certified" and ruled that the Division of Elections conducted the U.S. Senate election according to law.

After withdrawing his opposition to the certification of Sen. Murkowski as the winner, Miller pledged to continue his pursuit of a federal lawsuit.

Governor Sean Parnell of Alaska and Lt. Gov. Mead Treadwell certified Sen. Lisa Murkowski's re-election Thursday, clearing the way for Murkowski to be sworn in when the 112th Congress convenes in January.