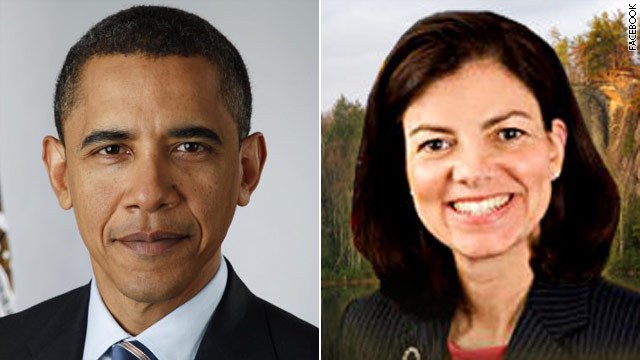 (CNN) - At the start of 2011, along with Americans across the country, Republicans and Democrats made their New Year's resolutions via web and radio addresses.

Although President Barack Obama was realistic about the divided Congress that will be sworn in Wednesday, he said members of both parties must work together to ensure economic growth continues in the new year.

Click to watch video
Click to watch video
"As president, that's my commitment to you: to do everything I can to make sure our economy is growing, creating jobs and strengthening our middle class. That's my resolution for the coming year," Obama said in Saturday's address.

He said members of both parties have a "shared responsibility to move this country forward" and that he is willing to work with anyone from either party to ensure a productive future for the country.

"We should all expect you to hold us accountable for our progress or our failure to deliver," the president said.

While Republican Sen.-elect Kelly Ayotte from New Hampshire said Congress should deliver for the American people, she also set the stage for hard Republican lines on jobs, the deficit and taxes.

"The American people sent us to Congress with clear instructions: Make government smaller, not bigger. And stop spending money we don't have on programs that aren't working," Ayotte said in Saturday's address. "The successful Republican effort to prevent any income tax hikes on families and small businesses over the next two years was an important first step."

She said the new Republican members in the House and Senate will enable the party to double its "commitment to the principles on which we were elected."

"For Republicans, the start of the 112th Congress on Wednesday will mark the opening of a new chapter for our country and our party. We're keenly aware that the American people are relying on us to change business as usual in Washington – and we're well-positioned to do just that," Ayotte said.