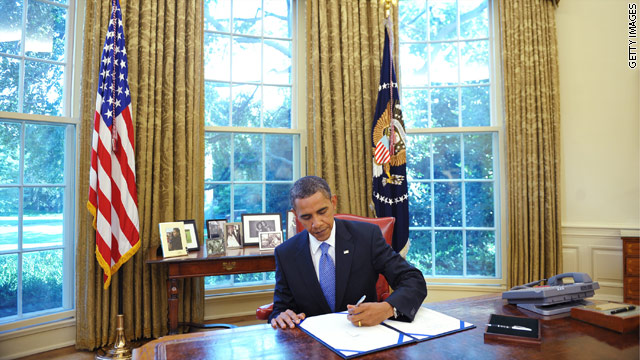 Obama signed the bill during his Hawaiian vacation. No signing ceremony was held.

The bill made a long journey in order to get signed. A printed copy of the bill flew with a White House staffer from Washington to the Hawaiian island of Oahu, so Obama could sign it from his vacation rental in Kailua.