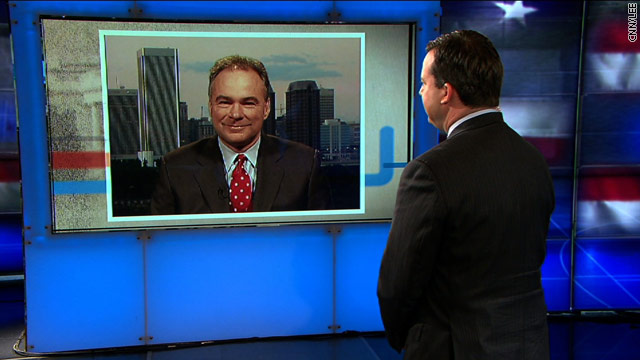 (CNN) – President Obama is not likely to face a primary challenge from within the Democratic Party in 2012, the chair of the Democratic National Committee said Sunday.

"It's possible, but I think the likelihood of any challenge to the president is virtually nil, and I think the president's strong performance, and especially the three major accomplishments at the end of the year make it even smaller," DNC chair Tim Kaine said on CNN's "State of the Union."

Click to watch video
With the new session of Congress about to start, Kaine said the president will not be afraid to lead, but that he will continue to work with Republicans if they are willing to work with him.

"He's not going to play 'mother may I' with the Republicans," Kaine said. "He's going to govern. But if the Republicans are willing to work as they did at the end of that lame-duck session, I think we will see productive efforts in a number of ways."

Earmark reform and deficit reduction were two specific issues Kaine cited as opportunities where the two parties could work together.

"Now with the majority in the house they have the opportunity and responsibility to govern, and we'll see if they take that seriously or not," Kaine said.

Kaine also said for the first time that he intends to stay on as DNC chair for another two-year term, adding that he looks forward to being the president's "advocate and promoter."