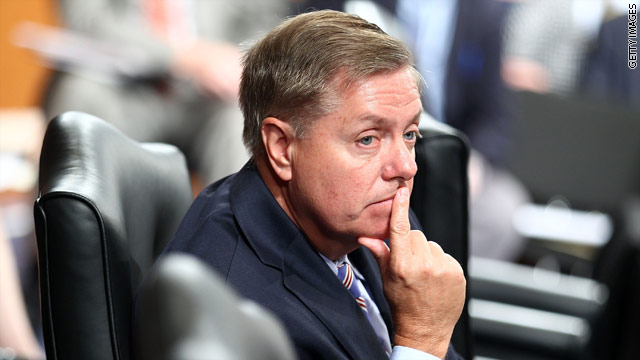 The South Carolina Senator said Sunday in his mind, the leader of the pack is "the most electable conservative, whoever that is" but then said it's probably the former Massachusetts governor.

"Mitt Romney has got his problems as a candidate, but so does everyone else," Graham said on NBC's "Meet the Press." "But it's a changing environment. And the one thing you got to prove to the people of South Carolina, not only that you're conservative, but you can carry the day."

Romney, who lost the 2008 presidential nomination to Arizona Sen. John McCain, has yet to make an official announcement about his 2012 plans. He has spent the time since the midterm elections publicly commenting on President Obama's policies, including the tax deal and the New START.