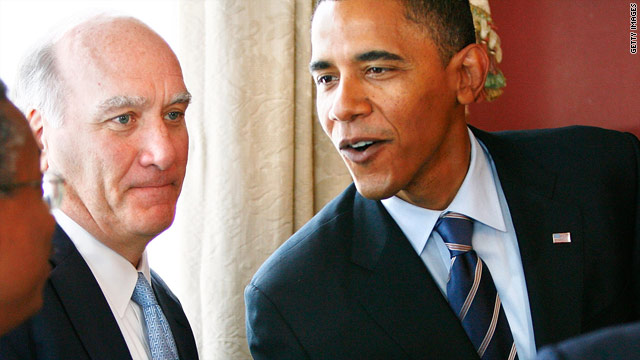 Washington (CNN)- Two senior administration officials confirm to CNN that there have been conversations about the possibility of asking former Commerce Secretary William Daley to join the Obama administration in a senior position, most likely as White House chief of staff. But it was difficult to determine from a handful of email exchanges and conversations Monday afternoon whether the idea had moved beyond the discussion phase.

One of the senior officials, who does not work at the White House, told CNN that the possibility of Daley joining the administration was definitely being discussed and "felt somewhat real" before the holidays. But this official said associates inside the White House "insist it is not happening."

The other official, a White House senior administration member, would only confirm discussions about Daley as a possible candidate for chief of staff. This source declined to discuss the matter except to confirm a Bloomberg News story about the internal deliberations.

Separately, a former Clinton administration official close to the Obama administration, but not a government official presently, tells CNN he is aware Daley's name "is part of a discussion about how much change they need inside" in the wake of the GOP midterm election gains and as Obama gears up for his re-election campaign in 2012. But this source did not know the present status of those deliberations.

Another source with knowledge of the search for White House chief of staff tells CNN that Daley is among a small group being considered for chief of staff, but no decision has been finally made. One issue, according to that source, is that JP Morgan Chase lobbied against the financial services bill and Daley is the Midwest Chairman of JP Morgan Chase.

Senior Democratic sources told Ed Henry in December that Daley was under consideration, but a final decision had not been reached because of the president's ongoing deliberation of Pete Rouse's role in the White House and whether he should remain as chief of staff through the 2012 election. At the same time, a senior White House aide said the speculation wasn't true.

A Democratic source compared Daley to James Baker and said "he'd be the perfect 'campaign' chief of staff" because he's a shrewd player and can run the White House while keeping an eye on the president's 2012 prospects.

Some of Daley's other assets include his good relationships with the GOP as well as the business community; though his close ties to business may also be a hindrance.

When asked for a response from the White House, spokesman Robert Gibbs stated, "I'm not going to comment on personnel speculation."