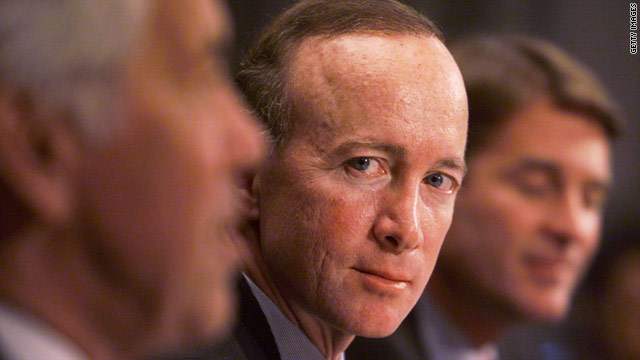 (CNN) – Now that it's 2011, potential GOP presidential candidates are being asked left and right about their Oval Office ambitions.

The latest to sound off is Indiana Gov. Mitch Daniels, a dark-horse favorite among many Beltway insiders who believe his economic conservatism and no-nonsense personality might jibe perfectly with the broader mood of the electorate.

"There has now been so much of it, you can't ignore it," Daniels, the former Bush budget director, said of the 2012 speculation during an interview with the Terre Haute Tribune Star in article published Monday.

Daniels, who stopped far short of denying he is eyeing a presidential bid, said he's not happy with the national media's caricature of him as a "cerebral and boring" politician.

"It's as if they think you couldn't be smart and funny at the same time," Daniels said of media pundits who often praise Daniels resume by note his seeming lack of excitement. "It's as if you're either a person of the people or a wonk. They can't quite cope with the idea that maybe you could be a little bit of both."

Still, Daniels admits he lacks a certain flash-in-the-pan energy of other potential 2012 candidates.

"For them politics is television and tarmacs," he said of other candidates, without naming names. "They're raising money, having little media stunts and they're closeted away with consultants. We are at the other end of the earth from that."

In fact, in perhaps his biggest hint yet he is serious about a presidential bid, Daniels said his biggest concern when it comes to 2012 is a campaign may impact his wife and four grown daughters.