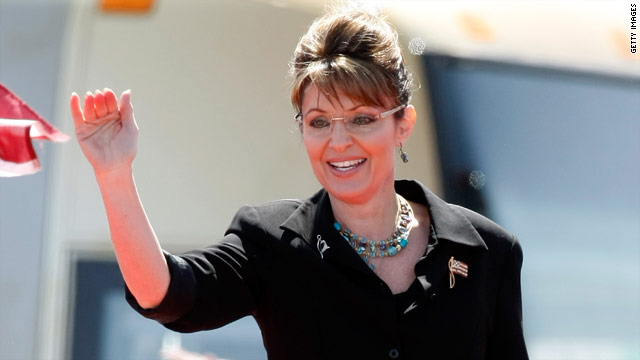 (CNN) – With the Republican presidential race expected to officially gear up in the coming weeks, Sunday brought divergent predictions from two prominent Republicans on just how viable a Sarah Palin candidacy could be.

The divergent opinions are illustrative of the ongoing debate within the Republican Party - especially between the new and old guard - over whether Palin will prove to be more of a force for good or bad in the coming months as the party sets its sights on ensuring President Obama is limited to one term.

Speaking on ABC's This Week, longtime conservative columnist George Will ruled out any possibility the former Alaska governor could be victorious in a general election contest, which is usually decided by swing suburban voters who hold more moderate positions than those that Palin espouses.

"The president's secret weapon may be the Republican nominating electorate," he said. There is one person, high in the polls, Sarah Palin, who cannot be elected president because she cannot compete where elections are decided. In the collar counties outside Chicago, Montgomery County outside of Philadelphia- just can't compete there."

Will is placing his bet on outgoing Indiana Gov. Mitch Daniels, should he decide to run.

But newly-elected Sen. Pat Toomey of Pennsylvania offered a different assessment of the former vice presidential nominee's chances on NBC's Meet the Press, saying she could sway Pennsylvania's swing electorate by focusing on the same fiscal issues he campaigned on.

"We went into this election cycle with a 1.2 million voter registration deficit and with a Republican brand that was in a really bad way, and I still won this election," he said. "So, I think the electorate wants a return of economic growth, wants serious fiscal discipline. If they believe they've got a candidate that's going to deliver on those things, then it's possible."

A third Republican meanwhile, Sen. Lindsey Graham of South Carolina, wouldn't name Palin directly when asked to size up the 2012 presidential field, saying instead that he wants "the most electable conservative, whoever that is."

"Mitt Romney has got his problems as a candidate, but so does everyone else," Graham said Meet the Press.