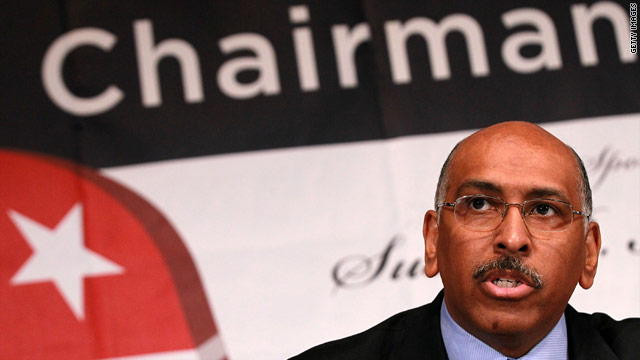 Washington (CNN) - Call it one of the most demanding jobs in Washington: Communications Director at the Republican National Committee under the often-outspoken chairman Michael Steele.

Well, after nearly a year on the job, Doug Heye is moving on. His announcement comes less than two weeks before the RNC's Winter Meetings, where committee members will elect a chair for the next two years. Steele is running for what is considered to be a difficult re-election against four challengers. Heye has not been closely involved with Steele's bid for another term.

"I wanted to let you know that I've decided to leave the Republican National Committee following our Winter Meeting next week," says Heye, in an e-mail to friends. "At the Winter Meeting, the committee will be electing a Chair and I want to give whomever that might be the opportunity to choose their own staff without any complications."

Heye, considered one of the top young political operatives on the Republican side, took over at the RNC in February of last year. Among other positions, he had served communications director for Steele's unsuccessful bid for the Senate in Maryland in 2006.

Just a few weeks into his job at the committee, Heye went into damage control to deal with an RNC presentation to GOP donors that sparked a controversy over how it portrayed President Barack Obama, House Speaker Nancy Pelosi and other top Democrats.

Not long after, he had to deal with another controversy, over the spending of nearly $2,000 in RNC funds at a bondage-themed nightclub.

In his note, Heye praised his team for dealing with such controversies: "I must note the tremendous job done by the communications, research and new media teams. They excelled under difficult circumstances and did so with good humor. I'm proud to call them colleagues and friends."

But at times Heye was able to move the spotlight back on the Democrats. He steered the promotion of the chairman's "Fire Pelosi" bus tour during the two months leading up to the midterm elections, which ended with the GOP winning back the House thanks to a net gain of 63 seats in the chamber.

Heye tells CNN that "I'm proud of the job that our team did in pushing an aggressive message that, whether it was on the Sestak job offer, Obama's absenteeism on the Gulf spill or the Fire Pelosi campaign, kept the focus on the Democrats – where it needed to be"

As for what's next, the North Carolina native says "there are a few opportunities already I'm excited about and I look forward to a great 2011."