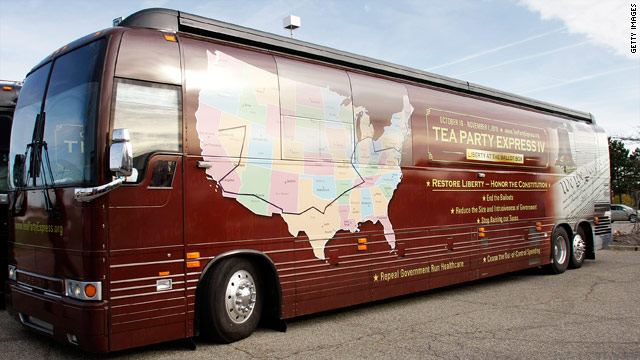 Washington (CNN) - A prominent Tea Party group intends to send a message to those lawmakers it helped elect: we intend to hold your feet to the fire – in a "supportive way."

That will be the intended message from the Tea Party Express as it holds an upcoming town-hall-style meeting in Washington. Details of the event are still being worked out. There is no firm date yet, though it could be held in the middle of January, a spokesman for the Express told CNN on Monday. One item the group is clear on is the event's goal.

It's designed to "…make sure that the Tea Party members are on the same page with the people that are duly elected, you know, going forward for the next two years," Express spokesman Levi Russell said.

And the message to those lawmakers it helped elect? "We all worked hard to get you guys into office," Russell said. He added that the intent is to "start off with an attitude of transparency and open communications."

That communication, at the event, would be between Tea Party activists and those lawmakers who won their seats partly with Tea Party help. The Express intends to invite Minnesota Rep. Michele Bachmann and Kentucky Sen.-elect Rand Paul, both darlings of the Tea Party movement, along with other conservatives in Congress and possibly even Democrats.

CNN contacted staff for Bachmann and Paul. Neither confirmed the lawmakers' attendance at the Tea Party event.