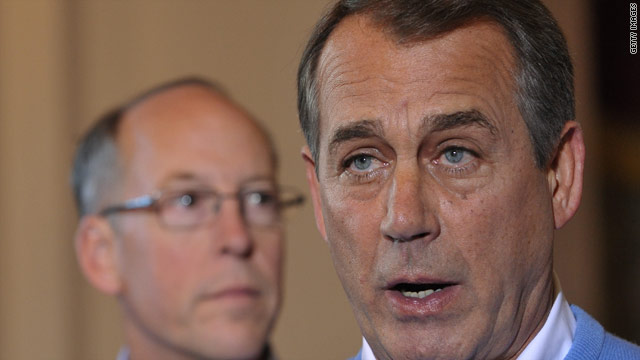 For the first time ever, Congress will be broadcast live on Facebook. Boehner is announcing Tuesday that beginning at noon on Wednesday people can go on the popular social media website for live coverage of the first day's floor proceedings and his first speech as Speaker of the House.

According to a blog post that will be posted on Boehner's website this afternoon, the incoming speaker will direct people to visit the "Pledge to America" Facebook page (www.facebook.com/pledgetoamerica) to view the transition to the GOP-controlled House.

Nick Schaper, Boehner's director of digital media, tells CNN, "This kind of streaming and real-time interaction is not only unprecedented for the House, it's helping to set the tone for a new majority that will continue to find new ways to listen to and better represent the American people."

Those watching on Facebook will be able to offer feedback and comment on the proceedings as they happen live.

In addition to Facebook, Boehner often "tweets" out comments or announcements, but the Speaker-designate will change his Twitter name to reflect his new position. That change is not expected to happen until later Tuesday night and Boehner's staff is not releasing what his new Twitter handle will be yet.

Other top Congressional leaders are also expected to transition to new Twitter names in time for the official start of the new Congress.

According the Schaper, the chief operating officer of the House is working with the large incoming freshman class to get their new websites up and running by tomorrow. Committee and leadership websites are also expected to make the transition with new looks and new web addresses.