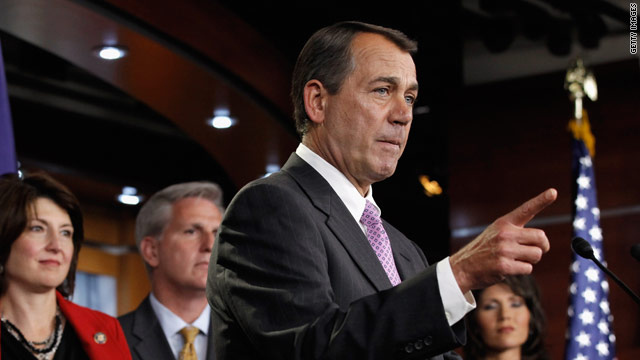 Washington (CNN) - The next chairman of the Republican National Committee will be chosen by the 168 party activists who make up the party organization, and no one else.

But with with just 10 days left until next Friday's election, the candidates are using every tool at their disposal to curry favor with the RNC membership - including leveraging their friendships with powerful allies on Capitol Hill.

Cino, regarded as a dark horse in the RNC race, is close to the House Republican Leader and his chief-of-staff Barry Jackson, but Boehner has not offered a public endorsement for Cino.

A spokesman for Boehner did not return a call seeking comment.

Wisconsin Rep. Paul Ryan, the incoming chairman of the House Budget Committee, is also calling RNC members to lobby for his friend, Wisconsin GOP Chairman Reince Priebus, sources told CNN. Priebus and Ryan have been personal friends and political allies for over a decade.

Scott Walker, the governor-elect of Wisconsin, is also lobbying RNC members to vote for Priebus