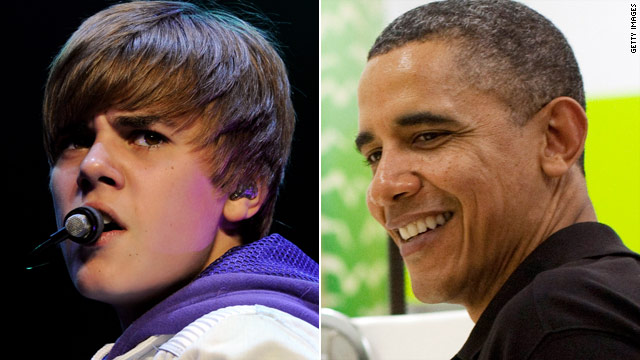 (CNN) – Rest assured America: Barack Obama remained more influential in 2010 than teen pop-star Justin Bieber – but just barely, according to a new study on the most influential people over the last year based on Twitter presence.

Klout.com – a web analytic company – has determined Obama ranked as the No. 1 most influential person in the Twitterverse, followed by Bieber and former vice presidential candidate Sarah Palin. Further down the list is Fox News' Glenn Beck, former President George W. Bush, and Apple co-founder Steve Jobs. Massachusetts Sen. Scott Brown and House Speaker Nancy Pelosi also make an appearance on the top 10 list at No. 9 and No. 10 respectively.

According to Klout's analysis, "These topics are not only shared widely, but shared by the top influencers on Twitter."