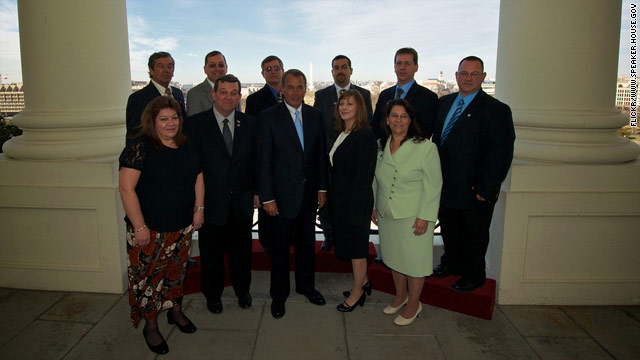 Bob Boehner: Emotion is all in the family

(CNN) - Growing up as one of 12 children prepared House Speaker John Boehner for his new position, according to his older brother Bob.

The elder Boehner said their childhood in Cincinnati, Ohio, where they helped run their family bar, is why John is able to connect with people easily and build a consensus.

"Much like we were very young nine or ten years old cleaning a bar. You couldn't kick customers out, you had to work with the customers and talk to them," Bob Boehner told CNN Chief National Correspondent John King.

In their childhood home Bob said the "commotion and ruckus" went "on and on and on," but that John was often the one to discipline his siblings.

"I would say (he was) the enforcer of the younger ones about getting our homework done," Bob said.

The new House Speaker appeared emotional when he assumed his new role Wednesday, and Bob said as their family gets older, they all get "a little more sentimental."

"I think he thinks about what Mom and Dad would have thought seeing all this going on and I think that's what tears him up a little bit," Bob said. "But he really held it together during his speech on the House floor; I couldn't be prouder because I think if he lost it on the House floor we were gonna lose it up in the balcony as well."

As Republicans take control of the House, Bob said his brother is more focused because he knows he needs to make a difference quickly.

"He knows he's only got two years to get started… because otherwise they're going to kick the Republicans out in a heart beat in two years," Bob said. "So I think that he's very focused and determined to get something done this term."