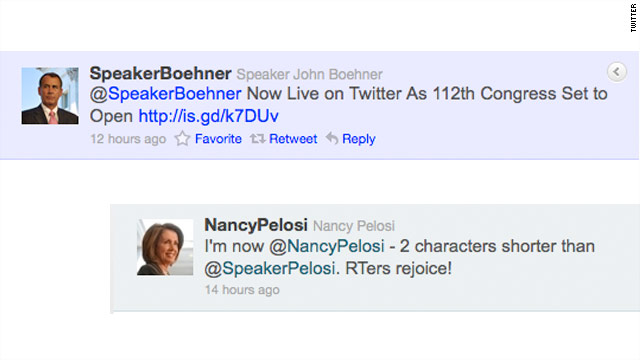 (CNN) – In this age of Twitter, there's a new sign of the change of political control happening on Capitol Hill Wednesday.

It may seem difficult for Pelosi to drop the distinct title from her Twitter name, but the California Democrat sees at least one silver lining:

The man who will take over the speaker's gavel meanwhile, Rep. John Boehner, assumed the handle @SpeakerBoehner at midnight Tuesday.

Twitter, which first launched in the Summer of 2006 was little-known in Washington circles during the last change of control in January, 2007.