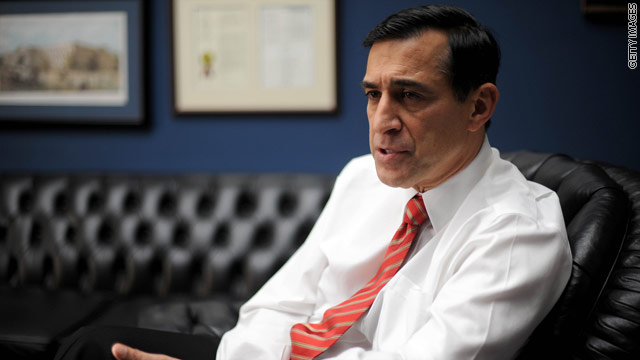 Click to watch video
"I think people misunderstand the meaning of the word corrupt, and obviously, CNN does. 'Corrupt', or 'corrupted' or 'failure', it's no different than a disc drive that's given you some bits that are wrong," Issa said on CNN.

Issa continued, "I have never said it's illegal. I've never made any of the statements that are often said on CNN that implied wrong-doing of the president at a criminal level, but I do believe that the American people have changed the control of the House in no small part because they saw more regulation, more misspending than they ever dreamed possible and they need Republicans to be part of the balance to bring that back under control."

The question was prompted by comments Issa made to Rush Limbaugh on October 19, 2010, when he said Obama was "one of the most corrupt presidents in modern times." Sunday on CNN's "State of the Union" he said he meant to say the Obama administration instead of the president.

"When you hand out $1 trillion in TARP (Troubled Asset Relief Program) just before this president came in, most of it unspent, $1 trillion nearly in stimulus, that this president asked for, plus this huge expansion in health care and government, it has a corrupting effect," Issa said.